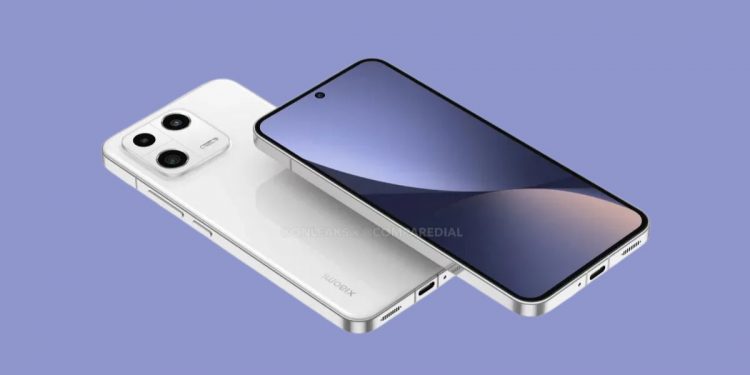 Xiaomi has released an official poster revealing the launch date of the upcoming Xiaomi 13 and the Xiaomi 13 Pro smartphones. As seen in the promotional poster above, the upcoming Xiaomi smartphones will launch alongside the MIUI 14 and the Xiaomi Buds 4. As mentioned earlier, the launch will take place in China on December 1st, 2022 at 7 pm China time (4.30 pm IST).

Furthermore, the company has also teased the design of its upcoming flagship series smartphones. Based on the image, the vanilla Xiaomi 13 model will feature a flat panel, while the Xiaomi 13 Pro is expected to have a curved display. As confirmed by the company, the Xiaomi 13 will feature a flat OLED panel and a 1.61mm thick narrow bezel. Both the upcoming Xiaomi smartphones are reported to flaunt a metal frame.

Based on previous reports, the Xiaomi 13 is said to come with a 6.2-inch 2K AMOLED display that offers a 120Hz refresh rate. Powering the device will reportedly be a Snapdragon 8 Gen 2 processor, which could be paired with 12GB of RAM and 256GB of internal storage. However, we can expect the brand to launch other storage configurations as well.

In terms of imaging, the upcoming Xiaomi 13 is expected to offer a 50MP main camera, a 32MP selfie snapper. In terms of battery, the Xiaomi 13 will most likely feature a 4,700mAh unit with support for 120W fast charging over a USB-Type C port.

Are you excited about the upcoming Xiaomi 13 series of smartphones? Do let us know in the comments section below.