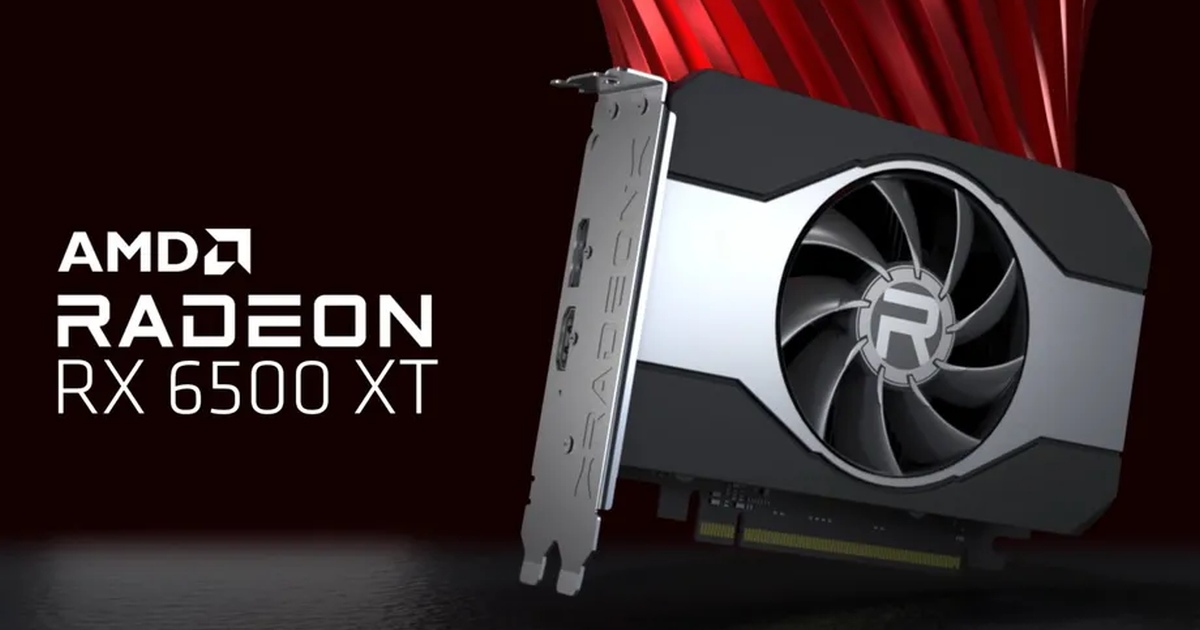 The AMD Radeon RX 6500 XT graphics card was announced at the beginning of this month. Now, the long-awaited low-end variant of AMD’s Radeon RX 6000 series lineup is finally available for purchase in India.

Let’s take a look at the Radeon 6500 XT’s price in India, specifications, and features.

The biggest hardware development coming to the AMD Radeon RX 6500 XT is AMD’s new Navi 24 GPU, geared towards the entry-level market. The Navi 24 GPU has been reduced to merely 2 display outputs and a woefully inadequate PCIe 4.0 x4 bus. Even its video encode/decode blocks have not been spared, with the encode block being removed entirely and stripping away the AV1 from the decode block.

Essentially, AMD has cut Navi 23 in half “to deliver a part with half of the CUs, half the Infinity Cache, and roughly half of the power consumption”, according to AnandTech.

The AMD Radeon RX 6500 XT comes with 16 CUs and is reported to offer a Game Clock rate of 2610MHz and Boost Clock of 2815MHz. Its throughput is 5.3 TFLOPS and has a 64-bit memory bus width. It comes with only 4GB of VRAM and a 16MB Infinity Cache. It is based on the TSMC N6 manufacturing process. Its Navi 24 GPU is based on the RDNA2 architecture.

The AMD Radeon RX 6500 XT budget graphics card is difficult to get a hold of, and going by the terrible reviews, perhaps it’s for the better. It has already been dragged by most tech reviewers, with Gamers Nexus calling it “worse than 2016’s GPUs”.