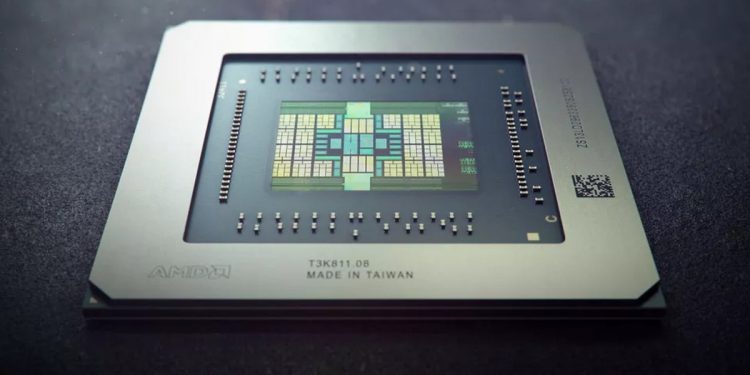 As part of AMD’s 2022 Financial Analyst Day, the company not only teased its upcoming CPUs, but also shared a roadmap of the RDNA 3 architecture. Products based on RDNA 3 are expected to launch this year.

While AMD didn’t reveal much about the RDNA 3 architecture, the company did share a slide with a few details about the upcoming graphics cards. According to the slide, AMD expects performance per watt uplift of more than 50 percent, when compared to RDNA 2. That’s quite a significant improvement, and it remains to be seen if the RDNA 3 graphics card meets expectations.

AMD’s RDNA 3 cards will be built on TSMC’s 5nm process. To recall, RDNA 1 and RDNA 2 GPUs are built on 7nm nodes. This means that RDNA 3 GPUs will get a full node’s improvement over its predecessors.

AMD shared another interesting detail at the event—the company will be moving to a chiplet design with RDNA 3. However, there’s no word on how it will implement the design. One major advantage of chiplet-style designs is that it enables scaling up of GPUs. However, such a system is difficult to configure.

The semiconductor company says that it will utilize an “advanced” chiplet design. AnandTech speculates that AMD could use some form of Local Si Interconnect (LSI) technology to directly connect two RDNA 3 chiplets.

AMD hasn’t announced a release timeline for its RDNA 3 GPUs. Reports speculate that the GPUs may arrive by the end of this year. Additionally, the company revealed that it has already started working on the RDNA 4 architecture.