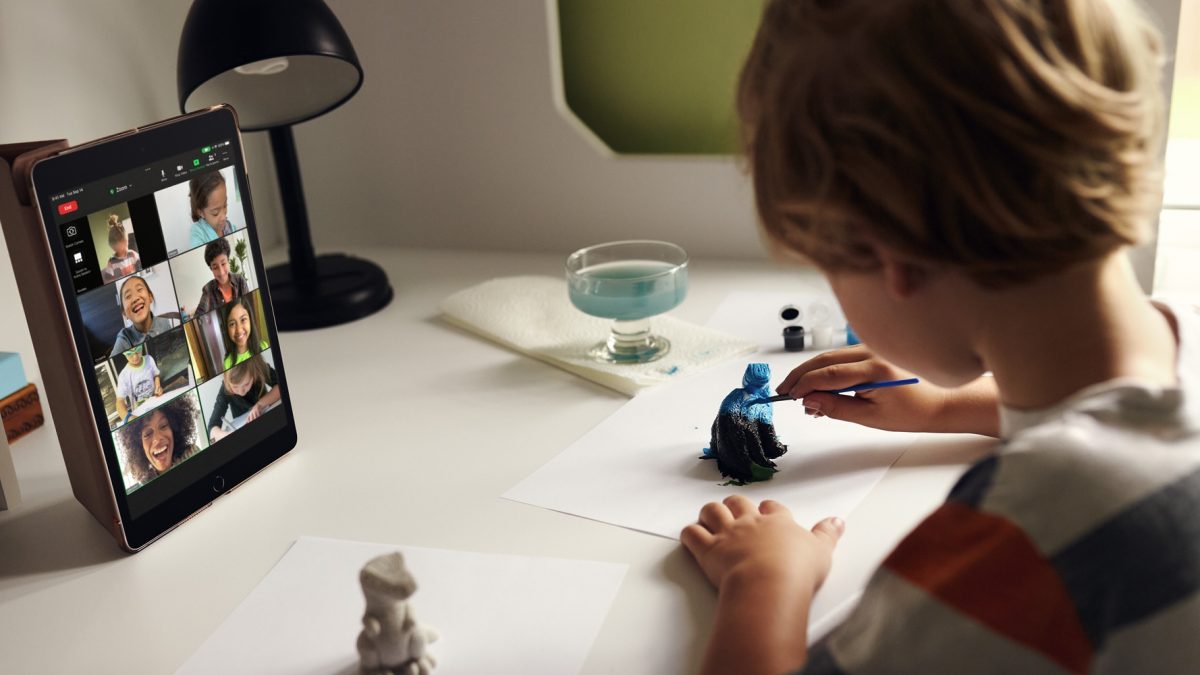 Along with the iPhone 13 line-up and Watch 7 Series, Apple unveiled the 9th generation iPad at its ‘California Streaming’ event. The new iPad sports a 10.2-inch display wrapped in an aluminium body. For device security, the tablet comes with a fingerprint scanner embedded into the home button. The iPad 10.2 (2021) runs the latest iPadOS 15 out of the box. While the design of the tablet remains similar to its predecessor, it comes with a faster processor, higher base storage,

The latest 10.2-inch iPad is powered by Apple’s in-house A13 Bionic chip. According to the Cupertino-based company, the new processor offers a 20% performance boost over its predecessor. It also comes with the Neural Engine that powers machine learning capabilities such as Live Text recognition in photos. The new iPad will be available in 64GB and 256GB storage options.

The tablet sports a 10.2-inch IPS LCD panel with LED backlighting. It has a resolution of 2,160 x 1,620 pixels, which translates to a pixel density of 264 ppi. As per the product page, the screen has a peak brightness of 500 nits. It comes with True Tone white balance adjustments, an oleophobic coating, and supports the first-generation Apple Pencil. The iPad also features stereo speakers.

For video calls, the iPad 10.2 (2021) is equipped with a 12MP ultrawide camera at the front. It supports the Center Stage feature, which cleverly adjusts the video frame to keep you in the centre during video calls in supported apps. The camera comes with a lens correction algorithm to get rid of barrel distortion. The front camera can record Full HD videos at up to 60fps. The slate features an 8MP camera at its back with support for features such as panorama and burst mode. You can use it to record Full HD videos at 30fps.

The tablet comes in Wi-Fi and Wi-Fi + Cellular options. Both models feature Bluetooth 4.2 and dual-band Wi-Fi, whereas the Nano-SIM slot and GPS are exclusive to Wi-Fi + Cellular variant. Apple has been tight-lipped about the device’s battery capacity except for claiming “all-day battery life” and 20W charging via a USB Type-C based charging brick. The tablet has a 3.5mm headphone jack, something that’s missing from most new iPhones and iPads.

On the software side of things, you get iPadOS 15 that comes with improved multitasking, Siri, Photos, Notes, Translate, Widgets, Focus Mode, FaceTime, Spotlight, and Live Text. To learn more about the latest iteration of the iPadOS 15, head over to this article.

The new iPad has been listed on Apple’s online store in India, and you can buy it starting today. The company will start shipping the tablet in two to three weeks. Apple has also launched a Smart Keyboard cover for the new iPad, and it costs ₹13,900.