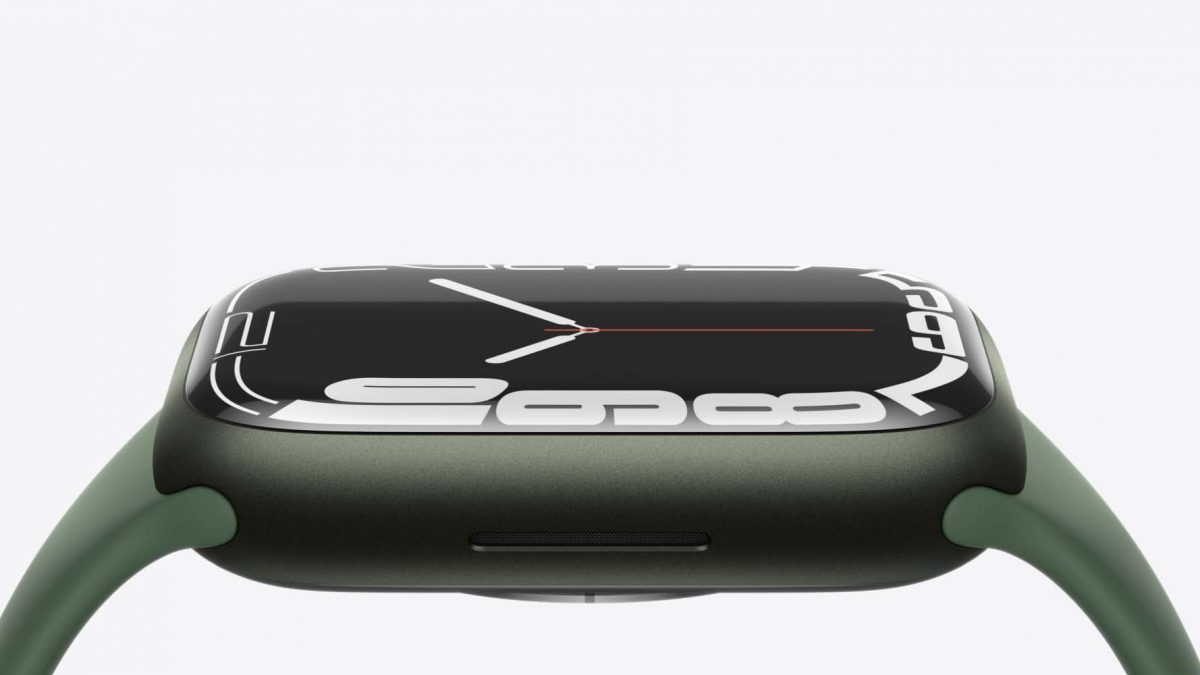 Update: Apple Watch Series 7 Price in India and availability details were announced by Apple a few days back. The Apple Watch Series 7 pre-orders in India are already started today (October 8th). The new wearable from Apple can be pre-ordered starting from 5:30 PM IST on the Apple India Store online as well as via Apple Authorised Resellers in India. Apart from India, the new Apple Watch Series 7 will be available for pre-orders in Canada, China, France, Australia, Germany, Japan, Russia, Mexico, South Korea, the UAE, the UK, the US, and more than 50 other countries starting from 5 AM PDT (5:30 PM IST).

Apple had unveiled the Apple Watch Series 7 smartwatch alongside the iPhone 13 series, iPad Mini (2021), and the new iPad 10.2-inch (9th Gen) at its California Streaming event. The new generation Apple Watch brings minor changes compared to Watch Series 6 in terms of features and specifications. However, it has a new design that includes even thinner bezels and a bigger screen with curved edges on all sides. It also gets much faster charging.

Let us have a look at all the best Apple Watch Series 7 features in detail below.

Apple has not changed a lot in terms of hardware with the Watch Series 7. The Cupertino-based tech giant is using the S7 processor, which is just a rebranded version of the Apple S6 chipset that was used in the Watch Series 6. The Apple S7 is a 64-bit dual-core processor clocked at 1.8GHz and has a PowerVR GPU. The Apple S7 chip offers 20% more performance compared to the S5 chipset.

The RAM and storage capacity of the Watch Series 7 have not been changed. The new smartwatch packs 1GB of RAM and ships with 32GB of storage. Similar to the last year’s Watch Series 6, Apple has implemented the U1 chip for UWB (Ultra Wideband) connectivity. This new technology helps users in unlocking the doors of their cars and homes. The smartwatch also features Bluetooth 5.0 as well as support for GPS and BDS satellite navigation systems.

Apple hasn’t explicitly mentioned the battery capacity of the Watch Series 7, but it should last an entire day on a single charge. However, compared the previous generation smartwatch model, the Watch Series 7 charges 33% faster. Apple has updated the charging architecture and used a Magnetic Fast Charger with a USB-C cable for the Watch Series 7. The watch’s battery level can go from 0-80% in around 45 minutes. If you charge the Watch Series 7 for up to 8 minutes, you can easily get 8 hours of sleep tracking.

Apple is also shipping the new USB-C cable in the box, which means that you will have to purchase the charging brick separately. It is worth noting that if you use the previous USB-A cable, the watch won’t charge as fast as it does with the new USB-C cable.

The Apple Watch Series 7 ships with watchOS 8, which means you get tons of new features with the new software. Apple has added Portrait Photos as watch faces. This means that you can use portrait images captured by an iPhone or an iPad and use them as a Portrait Photo watch face.

Apple has also added Focus Modes which is also found in iOS 15 and iPad OS 15. Apple also has redesigned the Home app for smart home controls. Apple has also added a full-fledged Contacts app to the Apple Watch, which makes it easier for the user to make a voice call, drop a message, or email without reaching out to their iPhones. You can head over to this link if you want to know the best WatchOS 8 features.

As usual, you can pick up the Apple Watch Series 7 model, depending on the type of material. Apple is shipping the Aluminum model in five colours: Midnight, Starlight, Green, Blue, and (PRODUCT) RED. The Stainless Steel variant comes in three colours: Gold, Graphite, and Silver. The Titanium version of the Apple Watch Series 7 ships in Black and Silver colour variants.

Signs You Need a New Refrigerator

How To Maintain Your Microwave Oven