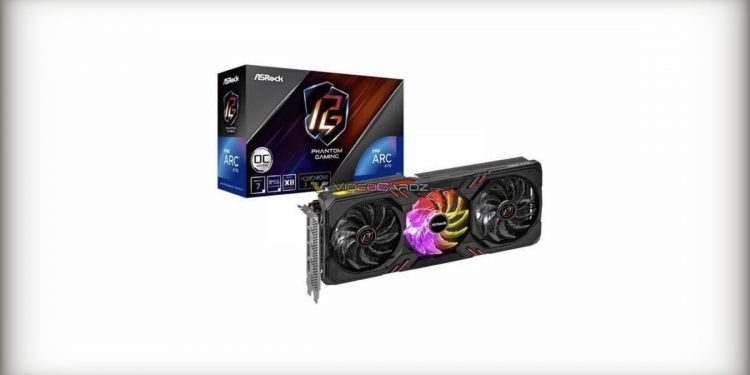 Intel finally launched its first ever discrete desktop GPUs, kicking off a new era of gaming, with the Arc A770 and the A750 GPUs, making it a three horse race for the first time. And as luck would have it, the cards go on sale the same day as the NVIDIA RTX 4090. The Intel cards are priced more affordably and promise capable 1080p performance, and along with the founder’s edition, there are custom boards from partner companies as well.

ASRock will seemingly become the first partner to bring custom models of Intel’s discrete ARC GPUs globally. It brought the first Arc GPUs when they launched in China, and now the brand has released custom versions of the Arc A770 and the A750 cards under the Challenger and Phantom lineups.

Among the first custom boards for Intel’s desktop GPUs, the Phantom Arc A770 cards. These cards are quite big with the heatsink including three fans as well as two stacks of aluminum fins and heat pipes, taking up 2.5 slots. The Intel Arc A770 features 32 Xe Cores clocked at 2.1 GHz and comes in both 16GB and 8GB GDDR6 variants with 256-bit bus interface and 225W TDP. The A770 competes with the NVIDIA RTX 3060 Ti.

Meanwhile, the Challenger cards from ASRock for the A750 are more compact. It has two fans and is much thinner, albeit taking up three slots on the board. Here too, there are two stacks of aluminum along with heat pipes. The Arc A750 is slightly less powerful than the A770 with 28 Xe cores clocked at 2050 MHz, 28 ray tracing units, with 8GB GDDR6 memory and 225W TDP. This one aims at the NVIDIA RTX 3060.

Intel Arc A770 And Arc A750: Pricing And Availability