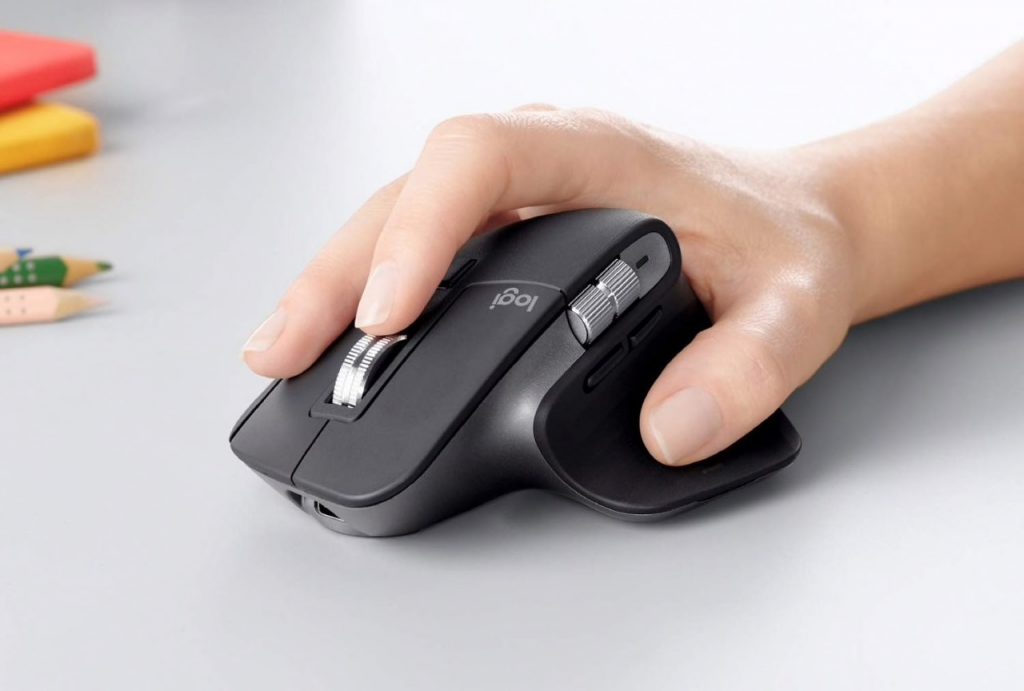 Looking for the best mouse in India? Well, we are here to help, no matter which type of mouse you prefer. Whether you want a wired or a wireless mouse, gaming or a productivity mouse, we have the list of the best mice in India right now. A comfortable, ergonomic, and high-quality mouse goes a long way in improving your productivity as well as gaming performance.

The wired and wireless mice that are listed in this section are aimed towards office and productivity use. They don’t come with flashy RGB lights or ultra-high polling rates, but they do offer comfortable design and customization options for navigating around apps and the operating system. 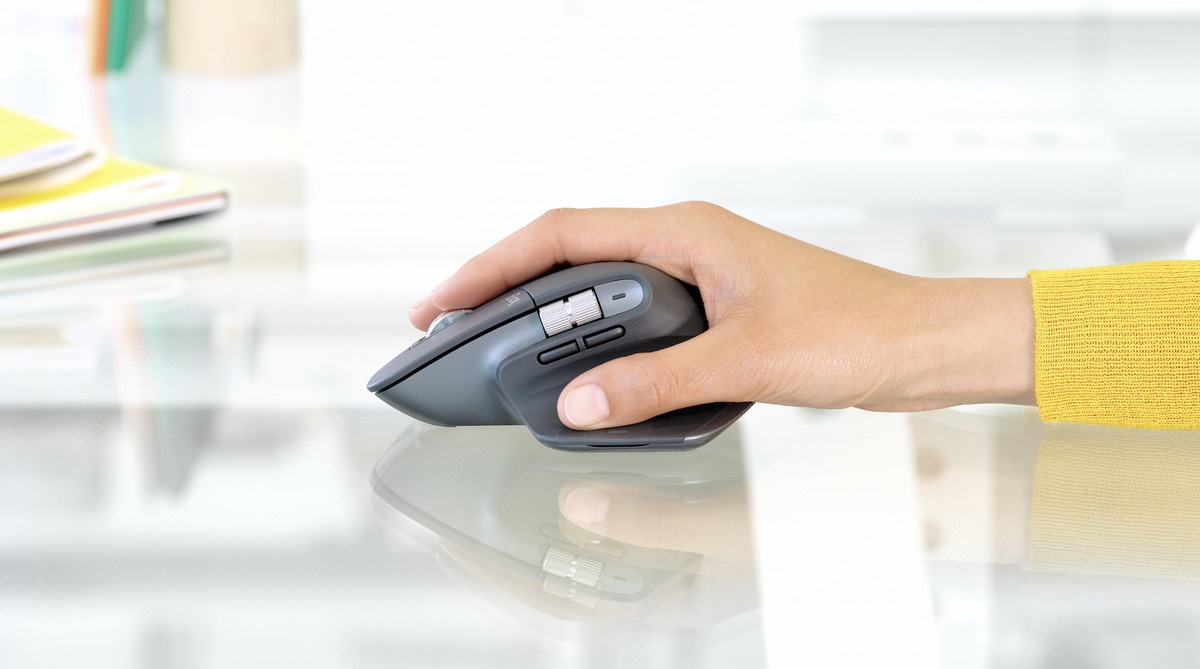 The Logitech MX Master 3 is the best wireless productivity mouse in the world right now. It has an ergonomic design that fits your palm perfectly, which means you can use it for hours on a stretch without feeling tired. It has a thumbwheel for scrolling sideways or zooming in and out in an image, a gesture button for various OS navigation gestures, back and forward buttons, and a mode shift button. The mode shift button lets you switch between ratchet scrolling and free-spin scrolling, whichever works best for you. It has a high-quality build and design.

It features both Bluetooth and RF wireless connectivity, which means that it is versatile. It can also be used in a wired mode while it is being charged. It features a USB Type-C port and can last up to 70 days on a single charge. It features fast charging and can work with all kinds of operating systems. Thanks to Logitech Flow and Logitech Options apps on macOS and Windows, you can customize its controls and work with multiple PCs using the same mouse. 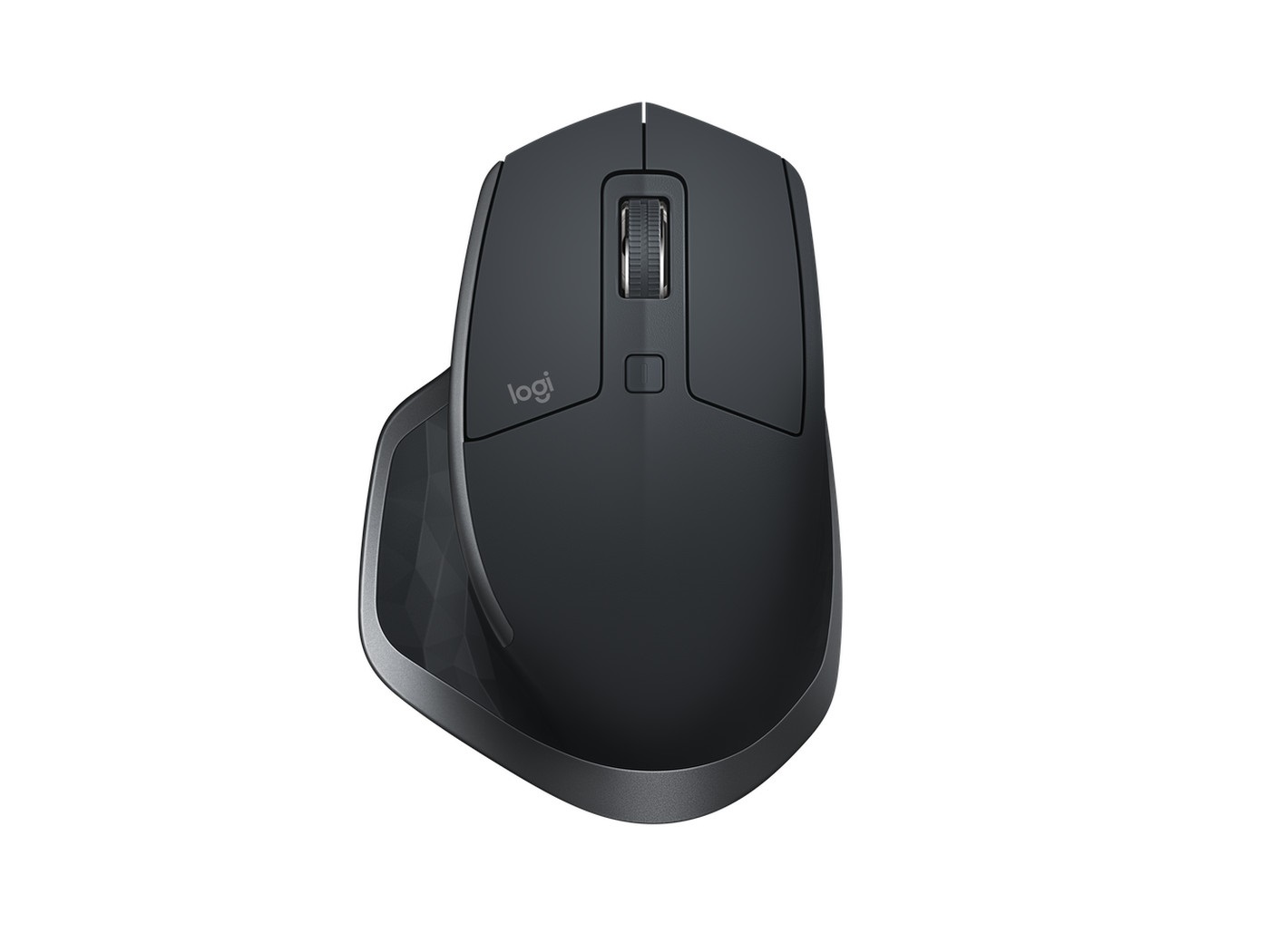 The Logitech MX Master 2S is a cheaper and older version of the MX Master 3. It has almost all the features of the MX Master 3, including Bluetooth and RF connectivity, wired connectivity, the thumbwheel, mode shift button, gestures button, and forward and back buttons, and an ergonomic design that fits the palm perfectly. It works with Android, iOS, iPad, Linux, Windows, and macOS as well. However, it uses the older micro-USB port for charging. If you can live with the micro-USB, you should get the MX Master 2S over the MX Master 3 due to its lower price. 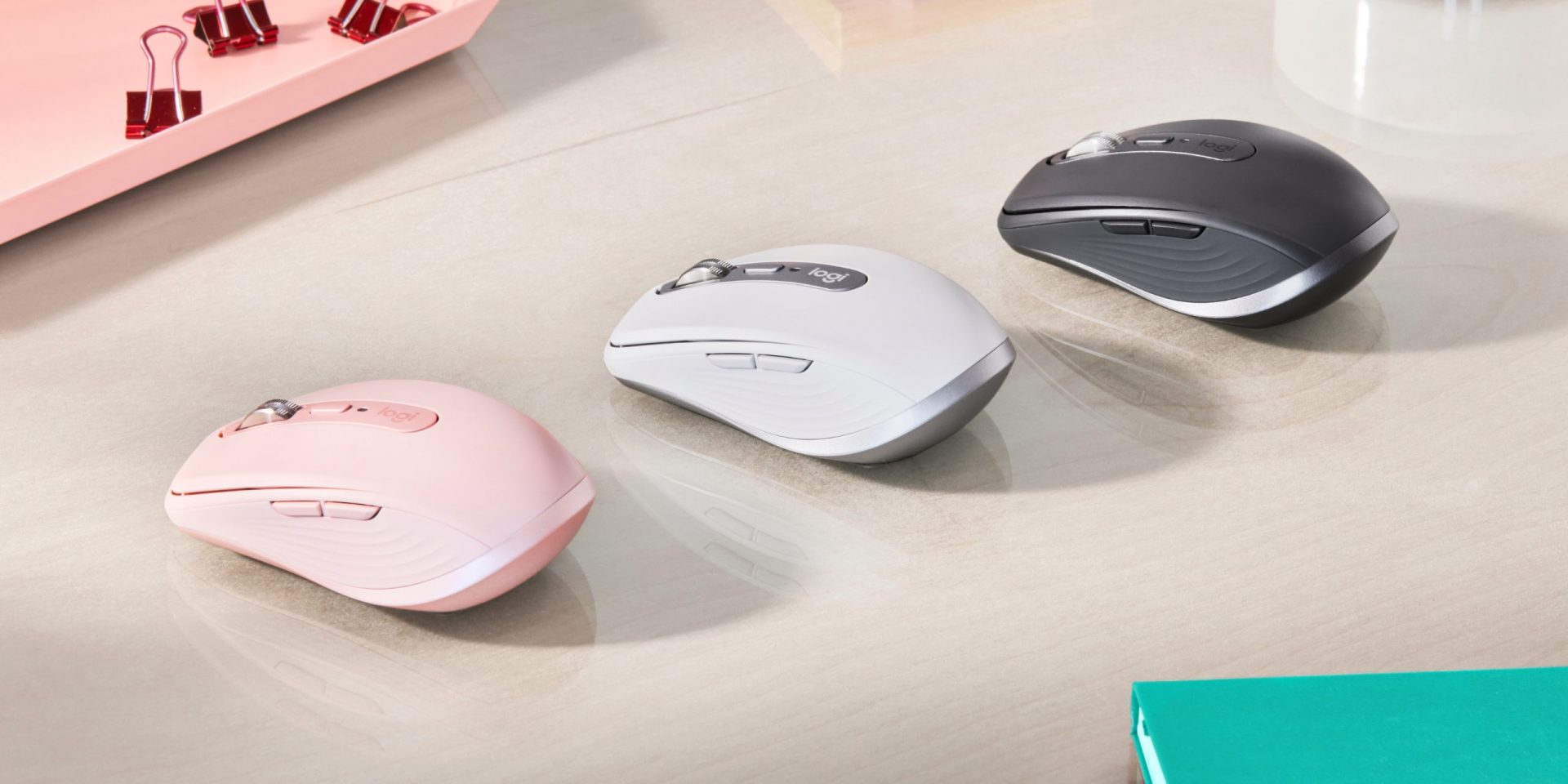 If you are looking for something ergonomic yet compact, the Logitech MX Anywhere 3 should be your first choice. It has Bluetooth, RF, and wired connectivity, similar to the MX Master 3 and the MX Master 2S. It also features the auto-shift scroll wheel, the mode shift button, forward and back buttons, and the USB Type-C port. However, to accommodate its compact size, it lacks the thumbwheel and the gestures button. It works with Logitech Options and Logitech Flow apps, which means you can work with multiple computers using the same mouse and you can customize controls as per your liking. 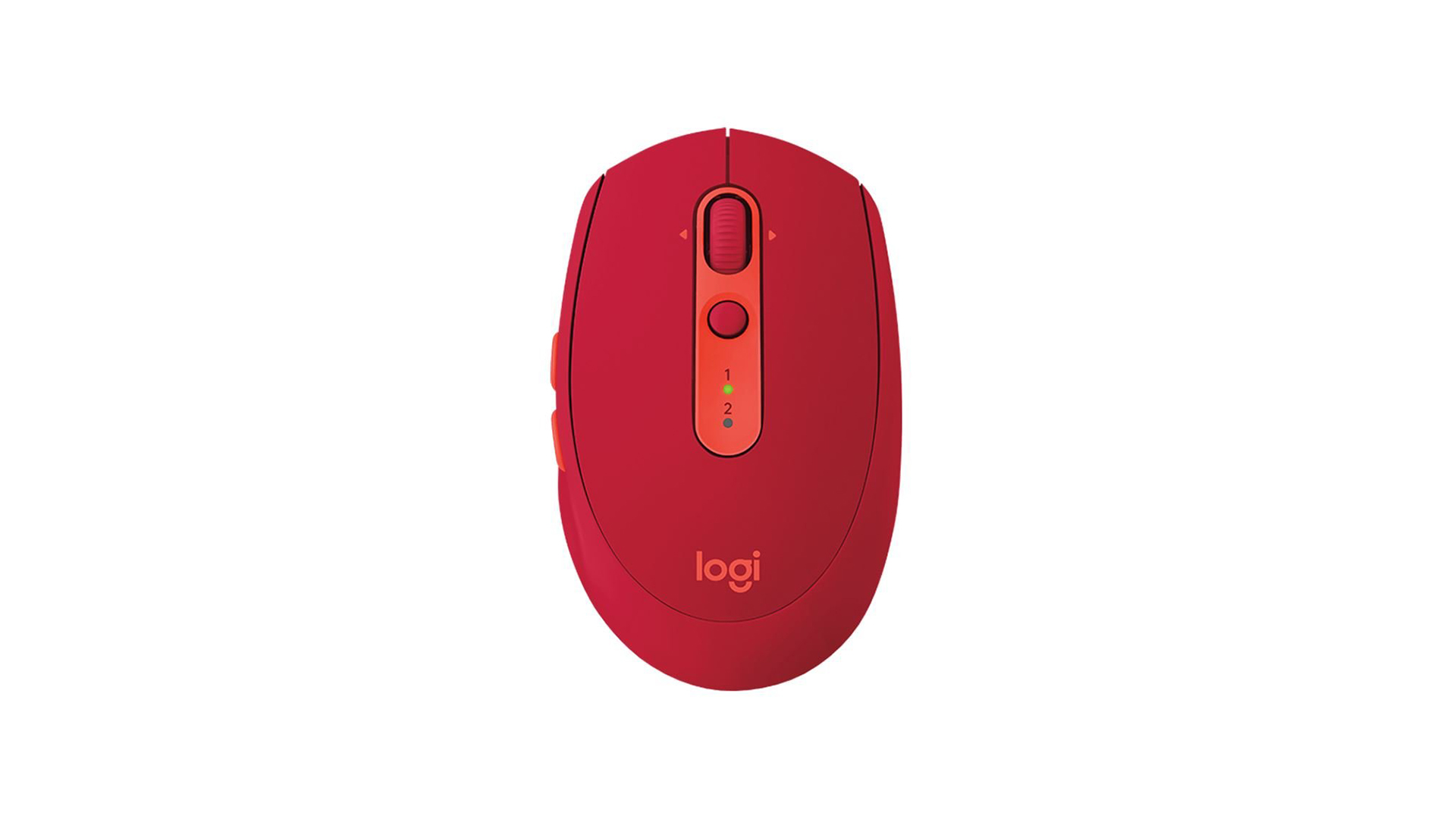 The Logitech M590 is a slightly more advanced wireless mouse. It works with both macOS and Windows, complete with compatibility with Logitech Options and Logitech Flow apps. It has Bluetooth and RF connectivity (via Logitech Unifying Dongle), and it can switch between two PCs/devices using its quick switch button. It can last up to 24 months on a single AA battery. That’s amazing! 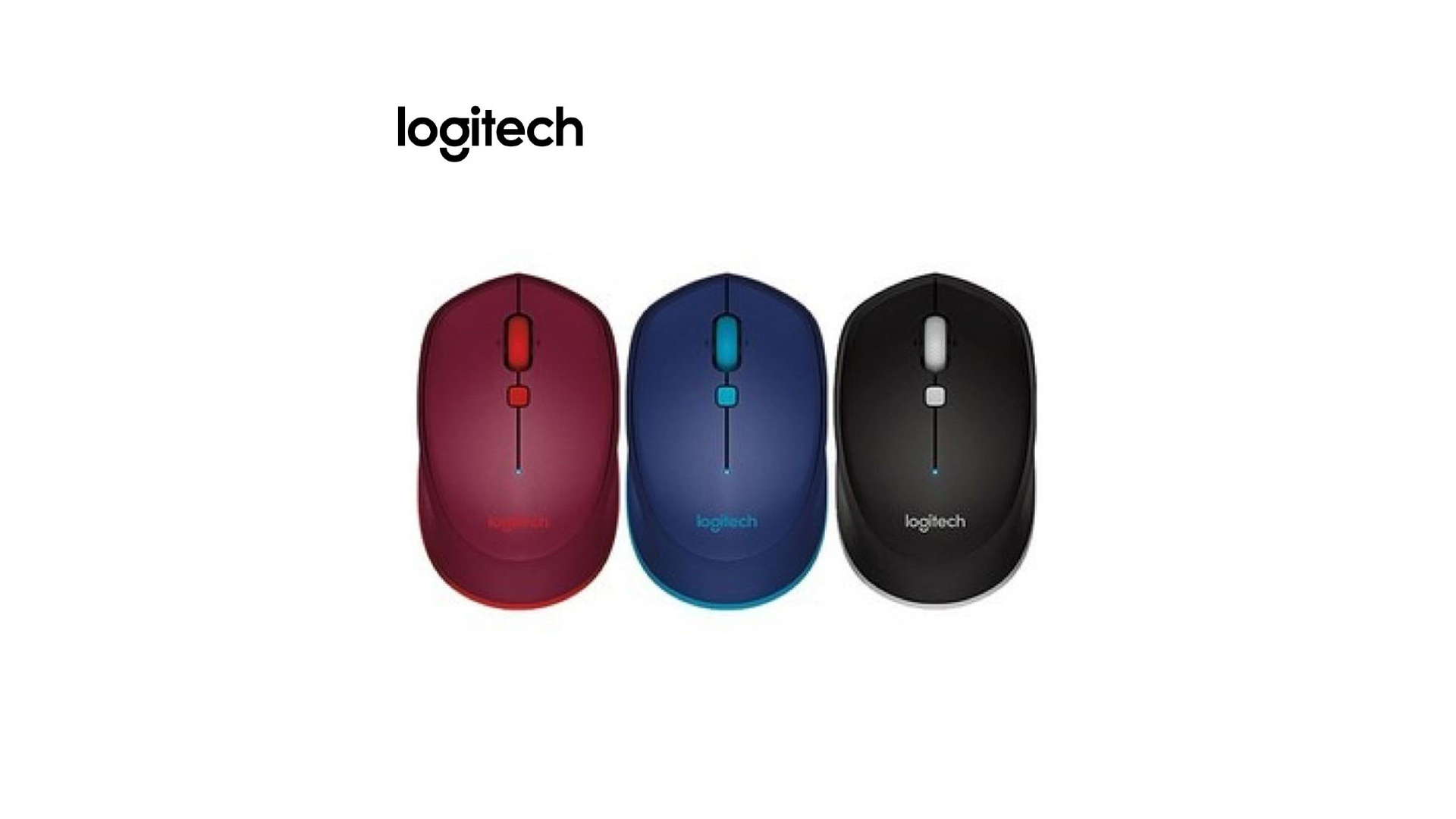 The Logitech M337 is a great budget wireless mouse for office work. It is compatible with Android, iOS, Windows, and macOS, and has a high-precision optical sensor. It comes in a compact shape and is coated using a grippy material, It features Bluetooth connectivity, a 10-month battery life using a single AA battery, and its controls can be customized using the Logitech Options app. It also comes in three colors. 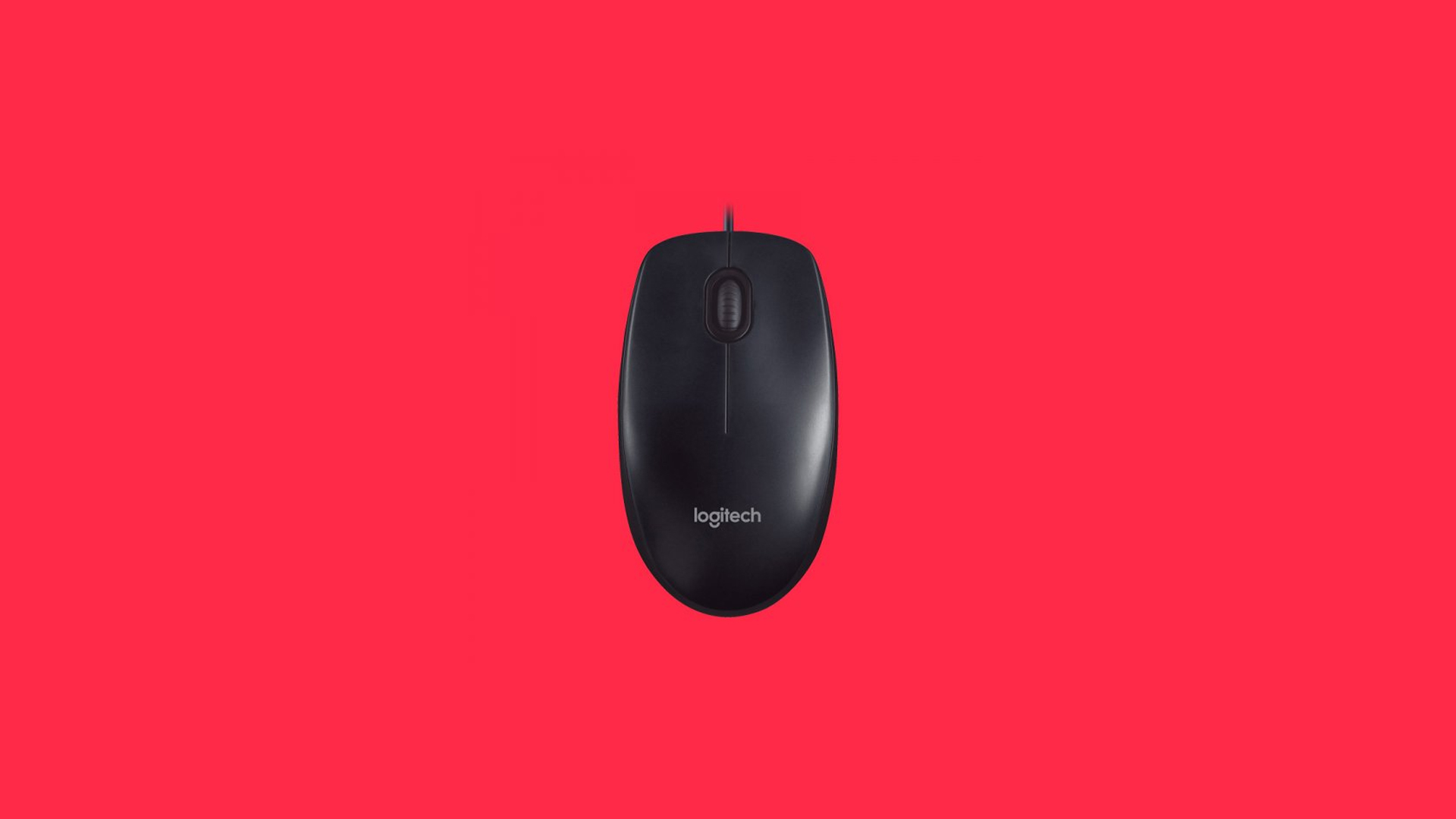 If you are after a basic but reliable wired mouse, the Logitech M90 might be for you. It is a full-sized mouse with a good quality scroll wheel, a 1,000 DPI optical sensor, and it works with both macOS and Windows. There’s not much to say about the Logitech M90. It is quite affordable and it works well.

If you want the best mouse for gaming, you have to keep in mind that it should have a high polling rate for quick moves, excellent build quality so that the mouse doesn’t die bearing through millions of clicks over the years, and a grippy design so that it can withstand quick moves in the game. In addition, it should have button customizations. Some gamers might also want flashy RGB lighting to show off their gaming PC setups and to match the theme of their favorite game. 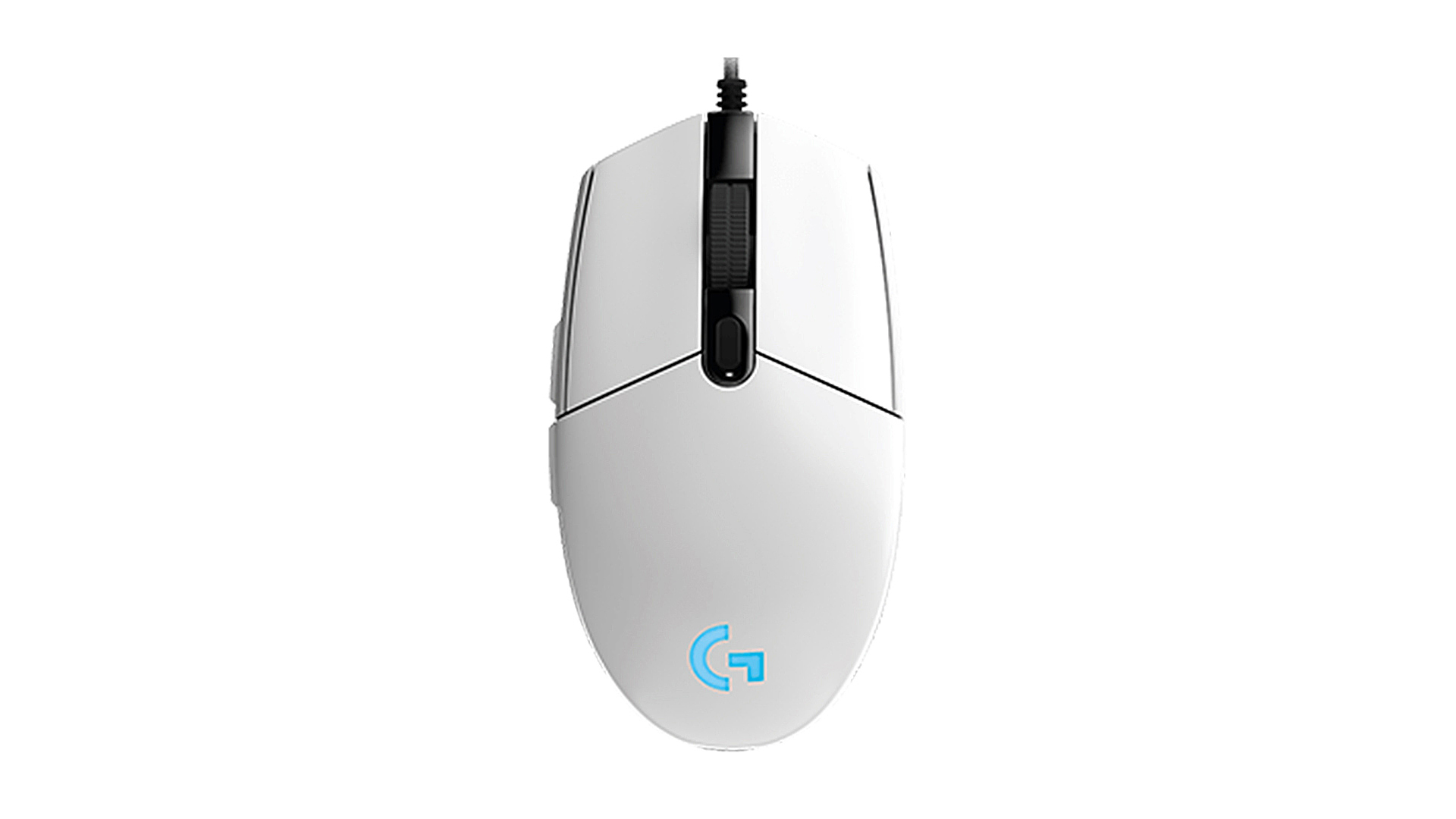 The Logitech G102 is the best affordable gaming mouse in India. It is a wired mouse, so it works with only one PC at a time, but it works really well. It has an 8,000 DPI optical sensor that tracks well over various surfaces and has a dedicated button to switch between 5 DPI modes. The primary buttons are sturdy and tactile. Plus, there are two additional buttons on the side that can be customized using the Logitech G Hub app on Windows and macOS. It has RGB lighting, too, with 16.7 million colours and various light effects. 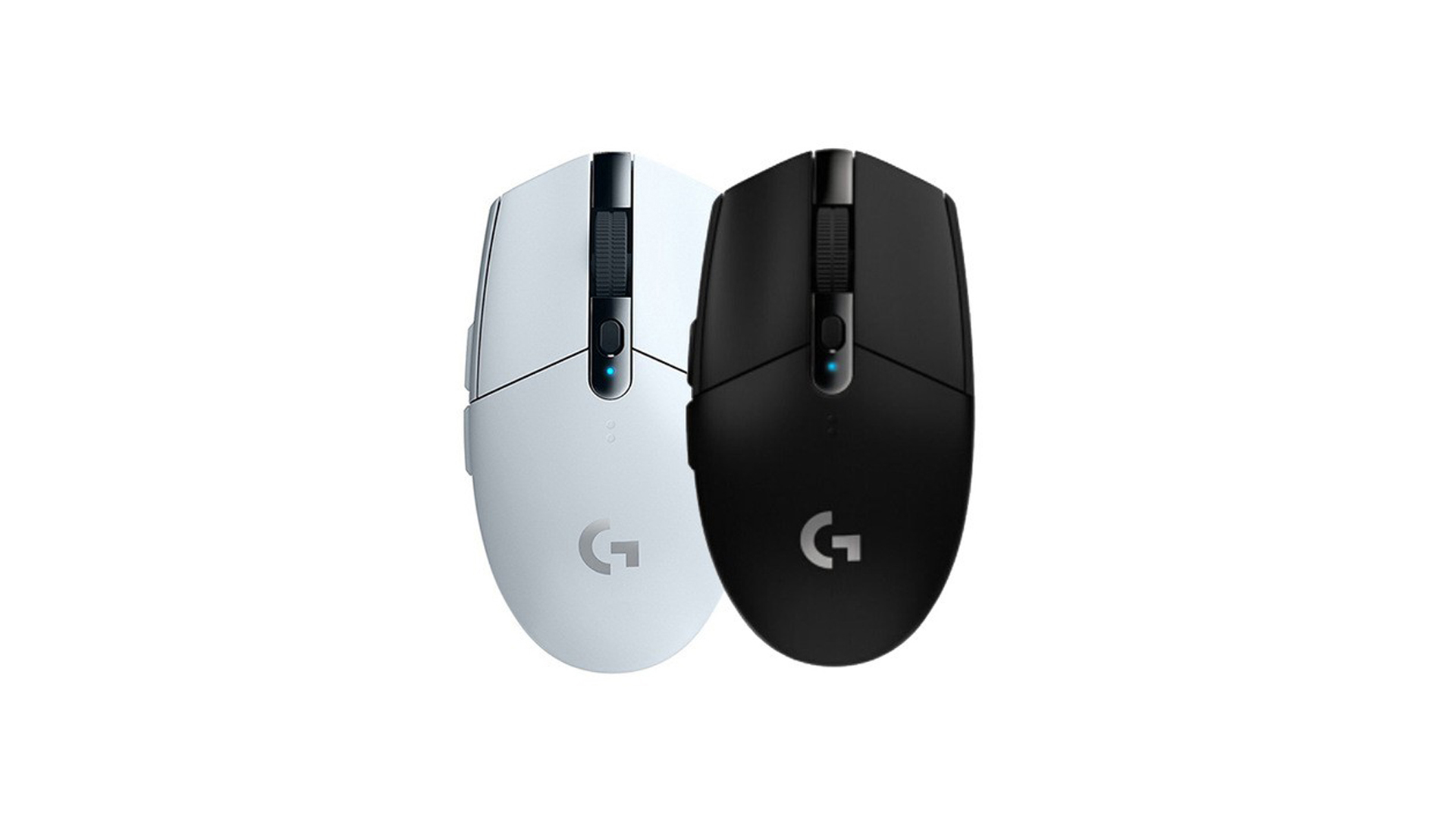 The Logitech G304 is an affordable wireless gaming mouse that has the right set of features at the right price. It has the newer Logitech Hero optical sensor that has up to 12,000 DPI sensitivity. It offers a 1ms report rate, which means it is indistinguishable from a wired mouse in terms of response time. It has a lightweight yet ergonomic design. It has six fully-customizable buttons (via Logitech G app), a reliable scroll wheel, and comes in a variety of colours. Powered by a single AA battery, it can last up to 10 days. Battery life can be further extended by changing the response time to 8ms via the Logitech G software. 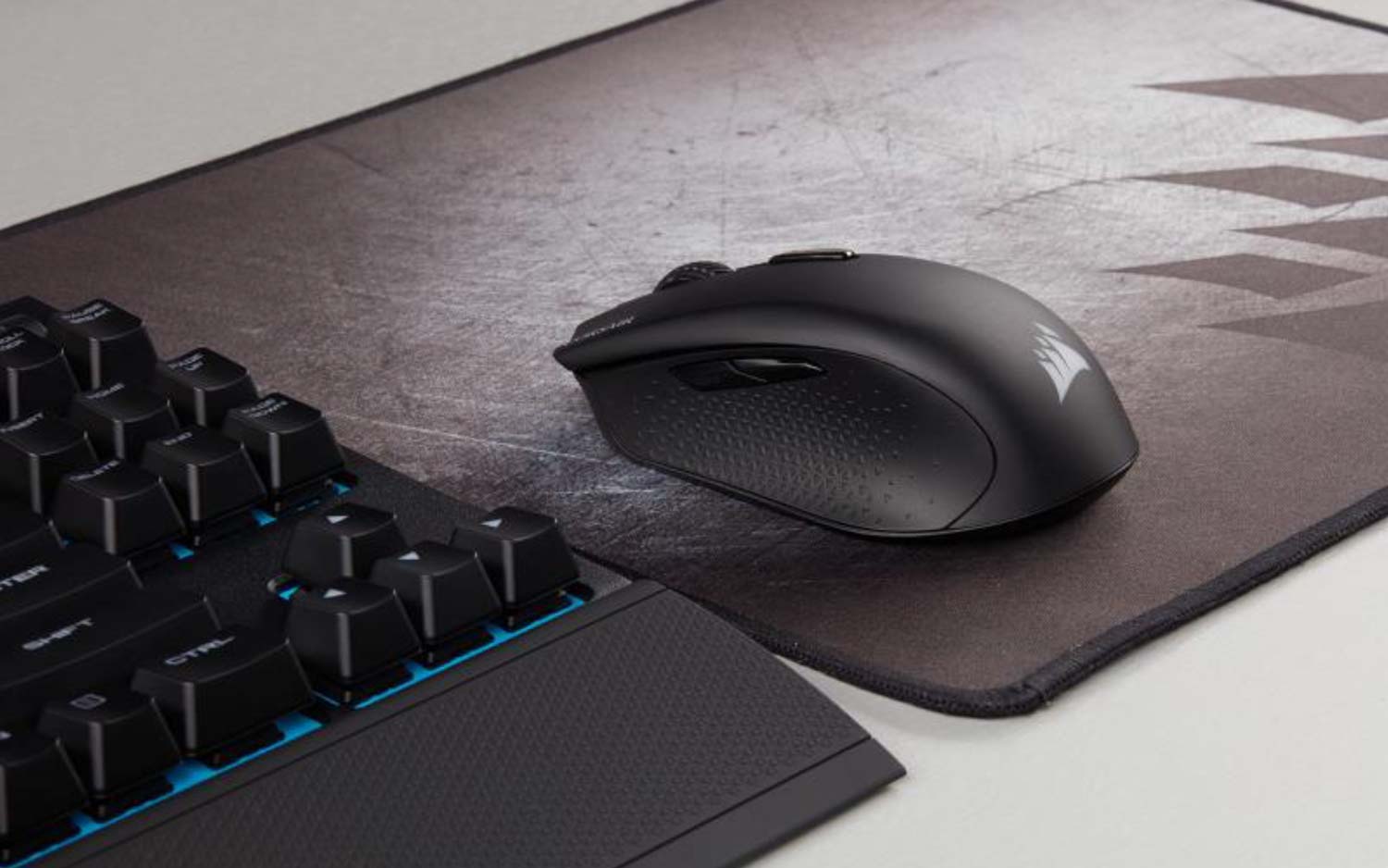 The Corsair Harpoon RGB Wireless is better than the Logitech G304 because it features both Bluetooth (low-latency) and RF wireless connectivity. There’s a switch below the mouse that lets you switch between Bluetooth and RF modes. Corsair’s Slipstream technology enables a 1ms report rate, similar to the Logitech G304. It has two buttons on the side and all its buttons can be customized using Corsair’s software. It offers a grippy and ergonomic design and comes with RGB lighting. It can last up to 60 hours on a single charge. 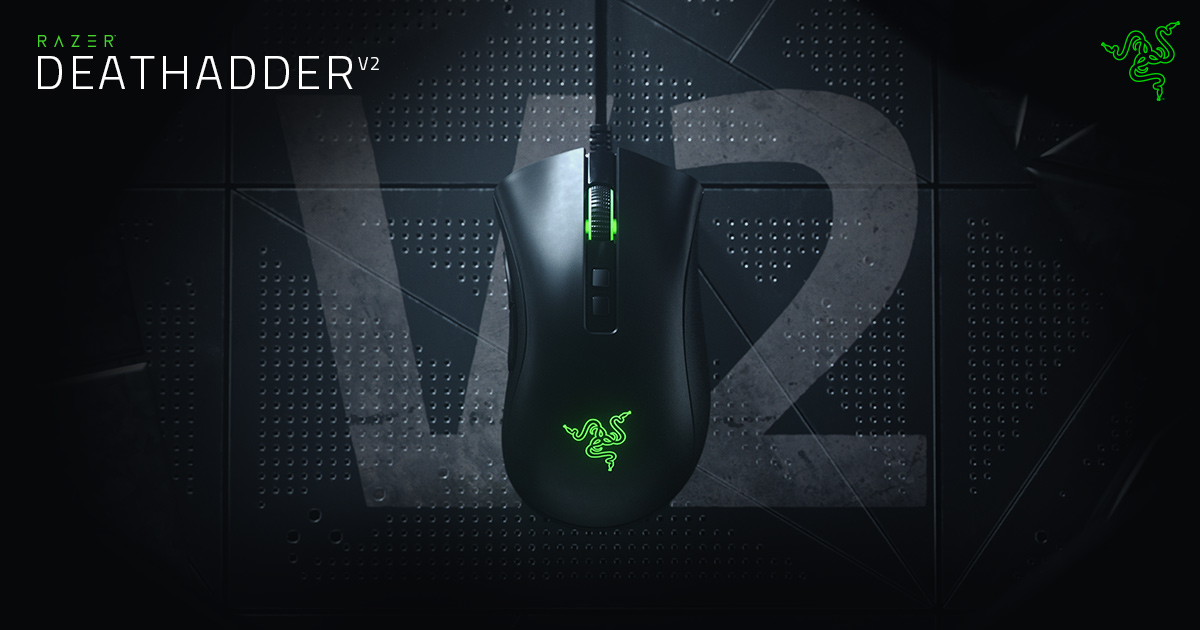 The Razer DeathAdder V2 Pro is a wired gaming mouse but it is costlier than many wireless mice. And that’s for a reason. It is widely considered to be among the best gaming mice right now and Razer has sold over 10 million units of these. It has excellent ergonomics and a grippy design. It uses Razer’s optical switches for perfect clicks, 20,000 DPI for smooth tracking, a notched scroll wheel, eight programmable buttons, and onboard memory. For those gamer-ish looks, the DeatherAdder V2 has RGB lights and syncing feature. 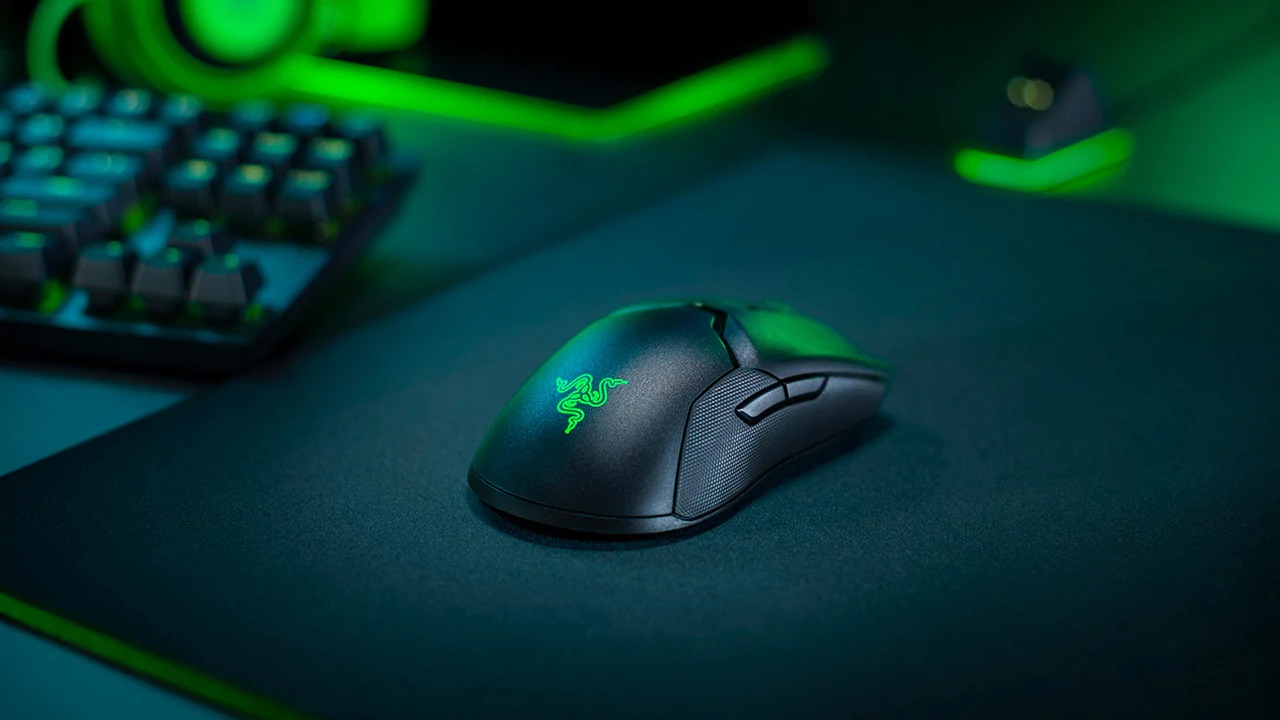 The Razer Viper Ultimate is the costliest wireless gaming mouse on our list, but it is also the best one out there. It is among the quickest wireless gaming mice out there, features a 20,000 DPI sensor. It is faster than some wired gaming mice. It has lightweight-yet-high-quality construction. It offers a grippy design and has optical switches. What’s more, its design suits left and right-handers equally well. It has two additional buttons on each side for macros and controls. And it has RGB lighting that syncs via Razer’s software. It lasts up to 70 hours on a single charge. Its customization software is available for both macOS and Windows platforms. Unfortunately, it doesn’t feature Bluetooth, so it won’t work with certain types of devices.

Wired vs. Wireless Mouse: Which Are Better?

Both wired and wireless mice have their own set of advantages and disadvantages. Wired mice are relatively affordable, offer connection reliability, and have quick response times, but wires may cause inconvenience, especially while traveling. Wireless mice offer excellent convenience and multi-device compatibility, but they are often slower and pricey compared to wired mice. Wired mice may also face connection issues.

Are High DPI and Polling Rate Important To Everyone?

Brands often advertise extremely high DPI rates and polling rate numbers, but they are not important for everyone. DPI stands for dots per linear inch, and it shows how sensitive a mouse’ pointer can be. A sensitivity of over 1,000 might not be suitable for most tasks, though. For example, nominal DPI numbers of up to 500 DPI are enough for most office work. However, high DPI might be useful for some gamers, but only to some extent. If you set its DPI to an extremely high setting, the mouse pointer might shift from one end of the screen to another with just a nudge, which is not something that a user might want. Having the ability to adjust DPI settings on the fly is important, though, if you switch from work to gaming or vice versa.

Whether you have a field job, desk job or you’re planning a long trip this season, here are some gadgets... END_OF_DOCUMENT_TOKEN_TO_BE_REPLACED

Are you looking for the best tablet for watching movies and TV shows? Well, you are not alone, and a... END_OF_DOCUMENT_TOKEN_TO_BE_REPLACED

During the auspicious period of the festive season, we tend to bring in new gadgets, be it a phone or... END_OF_DOCUMENT_TOKEN_TO_BE_REPLACED

If you are looking for the best processor to buy in 2021 for your new or existing PC build, things... END_OF_DOCUMENT_TOKEN_TO_BE_REPLACED