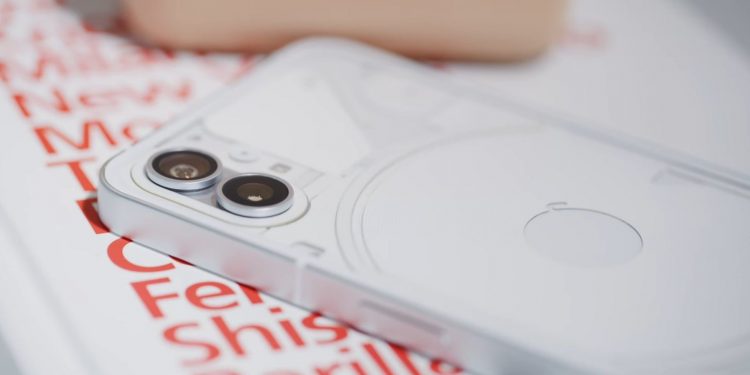 To those unaware, the brand had revealed the rear panel design of its upcoming smartphone last week. From the back, the Nothing Phone (1) looks familiar in some aspects, yet has some striking design elements. It features a flat edge design and a camera setup at the top left corner. Nothing is sticking to the transparent look that it introduced with the Nothing Ear (1).

There is also a red LED light on the rear panel which indicates that a video is being recorded through the camera. Moreover, the Nothing Phone (1) will come with 10 ringtones pre-loaded, each with a different lighting pattern.

What do you think of the Nothing Phone (1)? Do let us know down in the comments section.