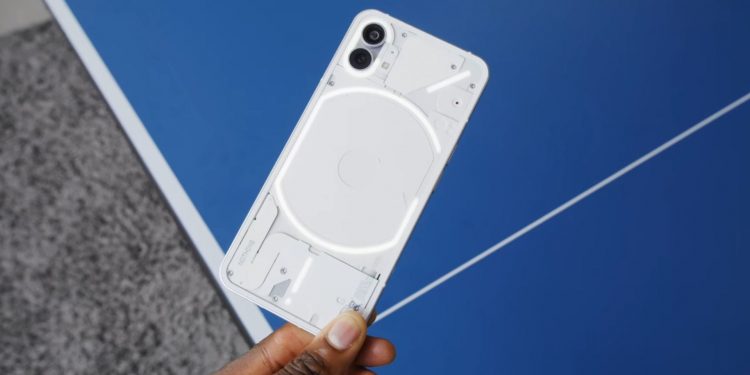 Is The Qualcomm Snapdragon 778G+ The Most Balanced Choice?

Pei says that phones have reached a point where good enough performance for general tasks and more powerful chips have diminishing returns. He further added that the reason behind going with a mid-range processor came down to performance, power consumption, and cost. We believe that the Qualcomm Snapdragon 778G+ will help Nothing price the Phone (1) in the mid-range segment.

In a separate leak, some key specifications of the Nothing Phone (1) have surfaced on the web. As per the leak, the Phone (1) will sport a 6.55-inch OLED display panel with a 120Hz adaptive refresh rate. The display panel is confirmed to feature a corner punch-hole notch and symmetrical bezels. The front and back of the device will feature Corning Gorilla Glass protection. The device will sport a metal chassis made up of aluminium.

The Nothing Phone (1) will offer a dual-rear camera setup which will include a 50MP primary shooter with an F1.8 aperture. This sensor will be capable of recording 4K videos at 60fps. The handset will ship with Nothing OS, based on Android 12. The Nothing OS will not have bloatware pre-installed and it will support bespoke widgets. Nothing has already confirmed the Glyph interface for the Nothing Phone (1) which will let users customize the LEDs as per their preference.

What is your guess on the Nothing Phone (1) India price? Do let us know down in the comments section.