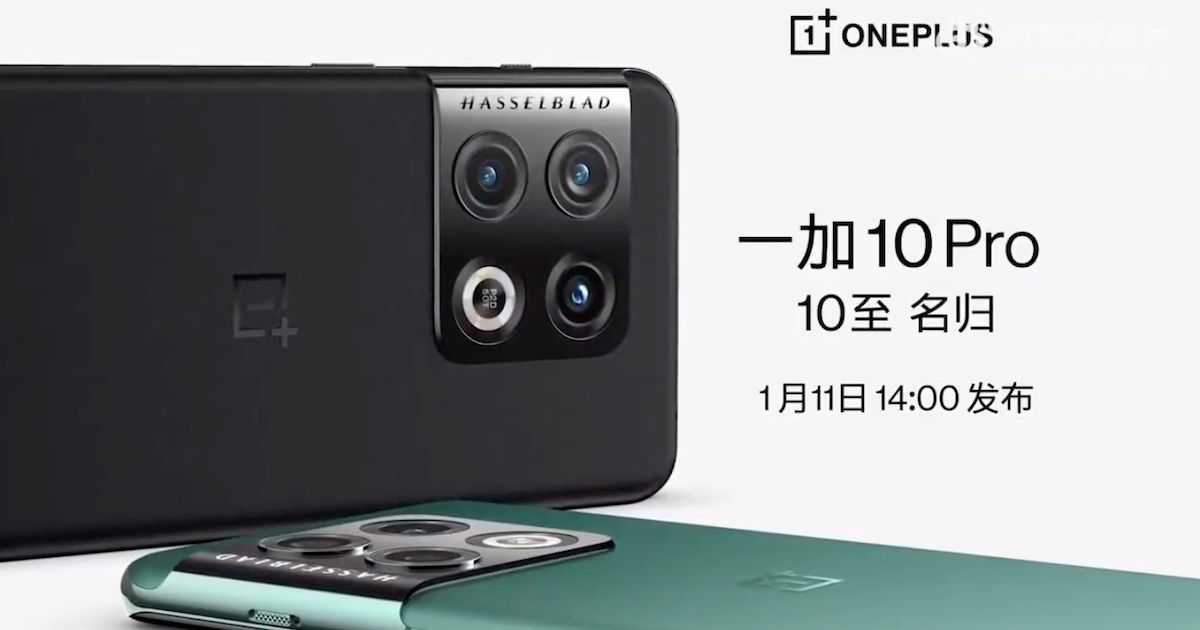 If we take a glance at the leaked video, we can see that the OnePlus 10 Pro flaunts a triple-camera setup. Furthermore, the video leak also reveals that the handset has a Hasselblad branding beside the rear camera module and a punch-hole cutout at the top left side of the display. The handset most probably should launch in the black and green colour options, considering that the same colours were showcased in the leaked video. The promo video also reveals that the device will launch in China on January 11. However, as of now, OnePlus is yet to confirm the launch date of device.

As far as the specifications of the handset are concerned, the device is expected to flaunt a 6.7-inch QHD+ OLED display with a variable 120Hz refresh rate. The handset will pack the newly announced Snapdragon 8 Gen 1 processor. The smartphone might launch in two memory configurations—8GB LPDDR5 RAM + 128GB of UFS 3.1 storage and 12GB LPDDR5 RAM + 256GB UFS 3.1 storage. As for the software, we can expect the device to boot Android 12 out of the box.

Previous leaks suggest that the OnePlus 10 Pro will flaunt a 48MP main camera, a 50MP ultrawide camera, and an 8MP telephoto lens with 3.3x zoom. It will come with a 32MP camera for selfies. The handset might pack a 5,000mAh battery which could offer support for 125W fast charging.