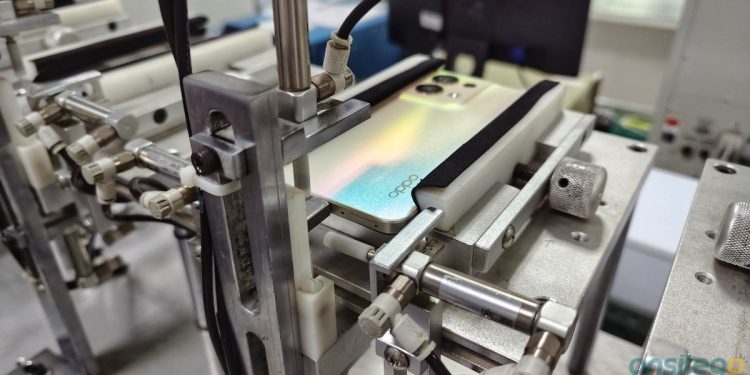 OPPO, a company formerly renowned for its top-tier audio equipment, is now a prominent force in the global smartphone market. The company operates one of India’s largest mobile manufacturing units, situated in Uttar Pradesh. This is where OPPO’s sister brands, OnePlus and Realme, also have production facilities. The Chinese brand has a significant presence in India, especially in the offline space.

OPPO recently debuted the Reno 8 smartphone series in India. Since the company doesn’t usually launch its flagship Find X series in India, the Reno series has been its top-tier offering in the country. The Reno series is quite popular owing to its premium appearance and powerful performance.

With the Reno 8 series, OPPO is pushing the envelope even further and establishing industry benchmarks in some categories. For instance, 1,600 battery cycles on the series, which is twice the industry average. Aside from that, OPPO performs over 300 tests at the company’s lab to ensure the durability of its smartphones.

We had the opportunity to visit OPPO’s smartphone manufacturing facility in Greater Noida and saw the company’s testing facility up-close. So, let us begin the factory tour.

Our tour of the facility centered on the durability testing of OPPO smartphones, specifically the Reno 8 series. For the first test, we witnessed the Reno 8 Pro placed in a temperature chamber with a range of -50°C to 70°C. In order to determine the handset’s breaking point, the test is conducted in 15-minute cycles repeatedly for at least 48 hours.

The following test and equipment were relatively similar to the previous ones, except in this instance, the handset was gradually exposed to higher temperatures to assess how well the Reno 8 Pro holds up in tropical locations where temperatures can occasionally reach up to 55°C.

Next up was a cooling test where the device was subjected to extremely low temperatures for an extended period of time to ensure it works fine in colder regions.

After that, we headed to the area where they evaluate the phone’s IP rating for dust and water resistance. The Reno 8 Pro has an IP54 rating, so while it won’t survive a dip in the water, it should handle some drizzle and splashes along with dust protection. In this area of the lab, the test chambers were calibrated to replicate light rain, water splashes, salt water sprays, and a small dust storm. After that, we went to the software laboratories, where test rigs were used to evaluate the phone’s software functionality.

Our next pitstop was the company’s camera lab, where OPPO’s technical team calibrates and tests the cameras on the Reno 8 series. It was followed by the battery test lab, which is quite critical considering the recent reports of smartphone-related fire incidents.

The company adheres to tight quality control and claims to obtain its batteries from reputable industry partners. We observed many batteries from various OPPO smartphone models connected to the test machines to carry out charge and discharge cycles. Next was the company’s network testing lab, where the engineers were seen testing the wireless radio performance of the Reno 8 Pro.

No smartphone durability test is ever complete without the drop test, so it is no wonder that OPPO has a dedicated lab for this. Here, we witnessed the Reno 8 series devices being placed in big tumblers and put through various stress tests.

Like most other smartphone brands, OPPO takes random samples from their production line housed inside the same facility. It then puts those mobile phones through the rigorous durability testing that we witnessed during this brief visit.

We at Onsitego aim to offer you the best possible after-sales experience, whether you buy a smartphone, a laptop, a TV, or an AC, through our special repair and maintenance plans. For us, it was an interesting experience to understand the processes from the manufacturer’s point of view.