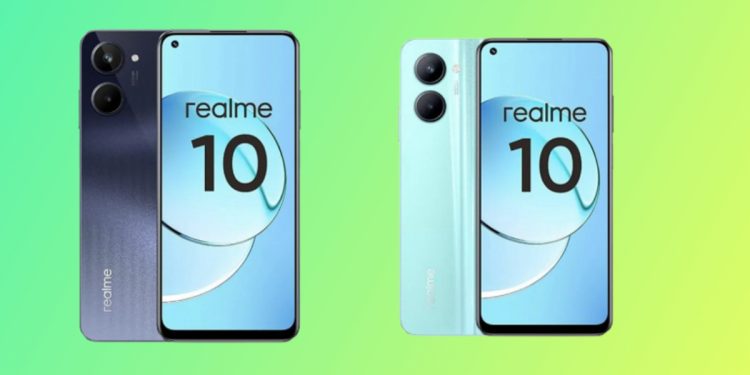 Realme 10 specifications include a 6.4-inch AMOLED display with a Full HD+ resolution and a 90Hz refresh rate. Under the hood, the smartphone is confirmed to feature an octa-core MediaTek’s Helio G99 processor, up to 8GB of RAM, and up to 256GB of internal storage. The smartphone is also expected to launch in two more RAM and storage models, which shall ship with 4GB/8GB of RAM and 128GB of internal storage.

On the software side of things, we can expect the handset to run Android 12-based Realme UI 3.0 software out of the box. A 5,000mAh battery might is expected to ship with the device, which might support up to 33W fast charging. In terms of imaging, the smartphone is expected to flaunt a dual-camera setup. The camera module might incorporate a 50MP primary sensor and a 2MP macro lens. The phone is expected to feature a 16MP camera on the front.

The smartphone is expected to debut in Rush White and Clash Black colourways. As for the pricing, the recent leaks indicate that the device will retail for between USD 190 – 210 (roughly ₹15,700 – ₹17,400) in the global market.

The Realme 10 5G is expected to feature the MediaTek Dimensity 1080 processor. Furthermore, the handset is rumoured to flaunt a 6.7-inch display with a Full HD+ resolution. The smartphone might pack a pack of 5,000mAh battery and run Android 12-based Realme UI 3.0 software out of the box. More details could be revealed tomorrow during the phone’s launch.