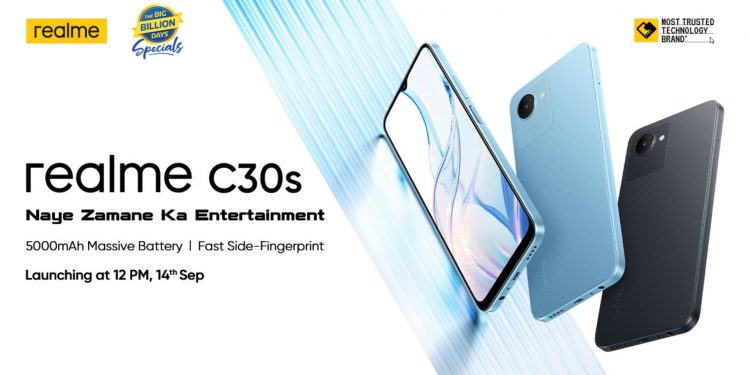 Earlier this week, Realme had launched the Realme C33 smartphone in the Indian market. Now, the brand is gearing up to launch yet another smartphone under the C-series—the Realme C30s. Realme took to its social media channels to announce the Realme C30s India launch date. As per the announcement, the Realme C30s will make its debut in the country on September 14, 2022.

Ahead of the launch, a micro-site has gone live on the company’s website which reveals some of the key specifications and the look of the Realme C30s. Let us take a closer look at what the Realme C30s might have in store for us.

Realme C30s: What We Know So Far

Also Read: Realme C30 To Be Available At A Starting Price of ₹5,999 With Airtel Prepaid Bundle Offer

The Realme C30s will sport an octa-core processor but the exact details about it are not known yet. The smartphone will offer a 3.5mm audio jack and will make use of a micro-USB port for charging, and both will reside along the bottom edge. We can expect the Realme C30s to be priced higher compared to the Realme C30.

What are your expectations from the upcoming Realme C30s? Do let us know in the comments section.