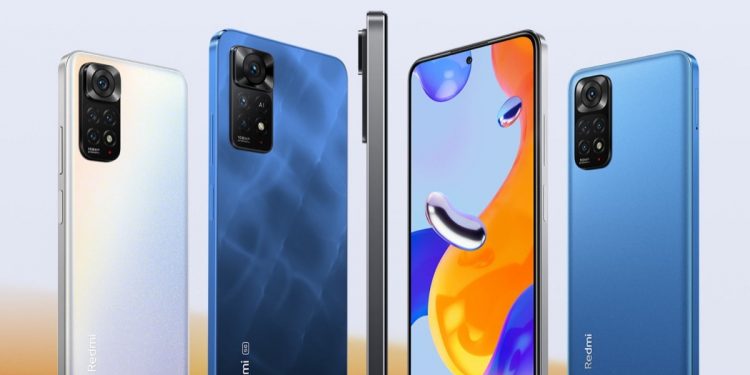 Xiaomi introduced the Redmi Note 11 series in India at the beginning of 2022. And now, according to a leaked Google Play Console entry, the Redmi Note 11 Pro from the lineup may receive an update in 2023. A Redmi Note 11 Pro 2023 model with the codename “Redmi Sweet” appears in the listing, which also provides a few suggestions about the smartphone’s key technical specifications, like the CPU, display resolution, GPU information, and more.

The Redmi Note 11 Pro 2023 may use a Qualcomm Snapdragon 712 chipset, an aging 10nm processor, according to the Google Play Console listing. But we suspect that the phone might be powered by a different Snapdragon 700 series processor, namely the 732G, which was seen on a lot more Xiaomi/Redmi phones last year. The listing also suggests that the Redmi Note 11 Pro 2023 will include an Adreno 610 GPU.

The Google Play Console listing also references the smartphone’s display specs in addition to the processor. According to rumours, the Redmi Note 11 Pro 2023’s display will have a 1080p panel with a 2400 x 1080 resolution and a pixel density of 440ppi. It is anticipated that the screen size would be the same as the Redmi Note 11 Pro model from 2022.

As of now, there’s no word on when the Redmi Note 11 Pro will go on sale. If the report is accurate, this would not be the first time Xiaomi re-released a smartphone with a few updates. The Redmi 8 was re-released by the company last year with 2021 revamp that featured a new processor and improved software.