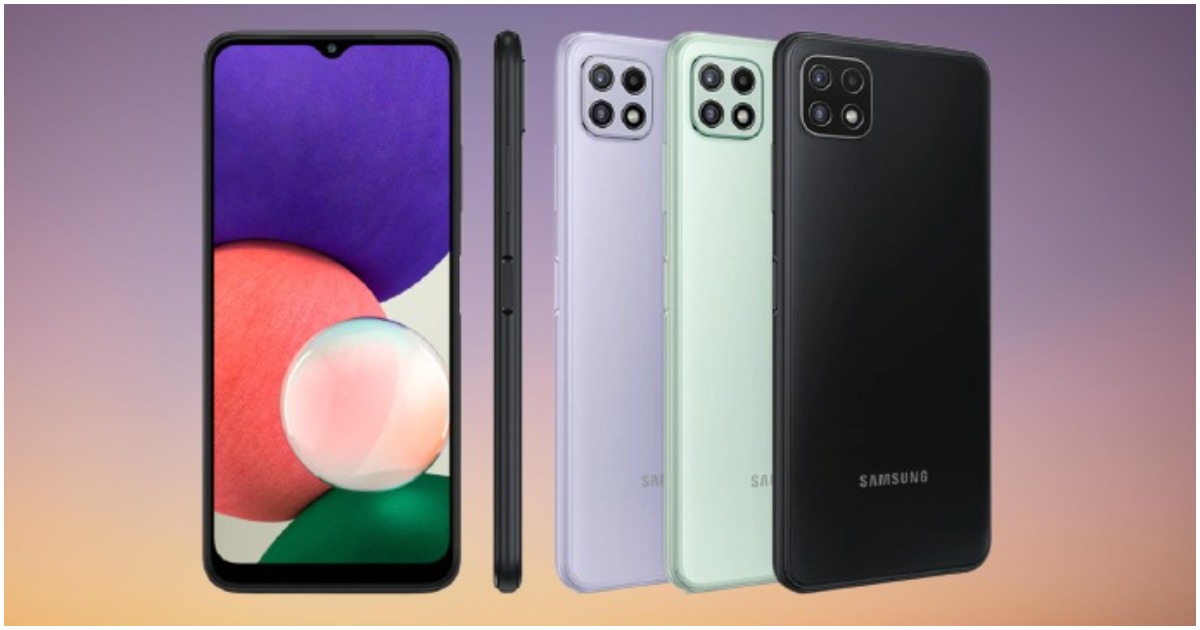 After launching the Galaxy A22 (4G variant) in India last month, Samsung has now launched the Galaxy A22 5G in India. Both smartphones were initially introduced in the European market last month. The device comes with a 6.6-inch Full HD+ display and is powered by an octa-core MediaTek Dimensity 700 processor. The smartphone also features a 48MP triple-camera setup, a 5000mAh battery, and 15W fast charging.

The Galaxy A22 5G is also Samsung’s cheapest 5G smartphone in India. Samsung also proudly announced that the Galaxy A22 5G has support for 11 5G bands, which makes it the only phone in the country in its price segment to offer support for so many 5G bands.

The Galaxy A22 5G features a triple-camera setup. The rear-facing camera module consists of a 48MP primary main camera which has PDAF and f/1.8 aperture. The 48MP sensor is accompanied by a 5MP ultrawide lens, and a 2MP depth sensor. For capturing selfies and video calling, you can use the phone’s 8MP front-facing camera.