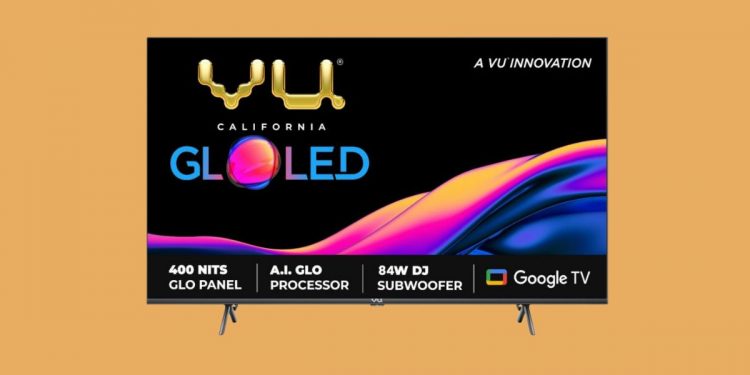 The Vu GloLED 43-inch TV price in India is set at ₹29,999. The new Vu smart TV is currently available for purchase via Flipkart.

The Vu GloLED 43-inch TV comes with a 4K LED display that offers a 3,840×2,160 pixel resolution, 94% colour gamut, and Glo panel with 400 nits brightness. The display also supports features such as VRR ALLM, Dolby Vision, MEMC, and an Ambient light sensor. Powering the new Vu LED TV is a Quad-core processor, which is coupled with a dual-core GPU for handling media and graphics.

The TV also comes equipped with a Glo Panel powered by the Glo A.I. processor. The processor, as claimed by the company, helps in increasing the brightness by 60% while saving on energy consumption. Furthermore, it is also said to upscale OTT content by using advanced AI and reproduces the full-colour gamut. In terms of storage, the TV offers 2GB of RAM and 16GB of internal storage. On the software front, it runs on Google TV Operating System.

The Vu GloLED 43-inch TV also comes with an Advanced Cricket mode, which claims to offer 100% ball visibility and a live stadium experience. As mentioned earlier, it has Dolby Atmos virtualization, which enhances match commentary rather than background stadium noise.

What are your thoughts on the newly launched Vu GloLED 43-inch 4K LED TV? Do let us know in the comments section below.