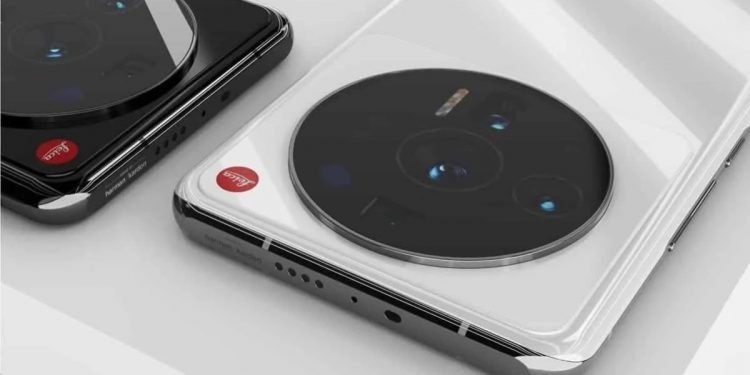 The Xiaomi 12 series made its debut in China at the end of last year before expanding to international markets in Q1 2022. The Xiaomi 12 Ultra, a new member of the series, has been reportedly spotted, and several early leaks have given us an indication of what to expect. The back panel of the phone has now been photographed, and it appears to be significantly different from the rest of the series.

According to a Weibo user, the camera boost on the phone is significant when compared to that of the Xiaomi 12 series. It is circular, has eight cutouts, and covers nearly one-third of the rear. Based on the image, we estimate the main sensor to be in the centre, with a periscope zoom on top and a lidar sensor on the bottom, as well as an LED flash module and a secondary microphone.

The Qualcomm Snapdragon 8 Gen 1+ SoC, purported Sony Exmor IMX800 1/1.1-inch lens, and various telephoto modules will be the phone’s highlights. According to a separate report from the Chinese website IT House, the Xiaomi 12 Ultra may make full use of all seven cutouts. Even the cases for the upcoming Xiaomi flagship were obtained by the news portal.

The camera package will comprise a 50MP main camera, a 48MP ultra-wide lens, a 48MP periscope telephoto lens, lidar sensors, and other features, according to IT House. On the front, we could see a 32MP selfie camera and a telephoto lens with 120X zoom. According to the source, Xiaomi is going all in with its in-house image technology, the Surging C2, which might debut on the 12 Ultra, making the phone a photography beast.

Moving on to the important specifications, the 12 Ultra may have a 6.73-inch AMOLED screen with a 3200 x 1440 resolution and an adjustable refresh rate of up to 120Hz that may go as low as 1Hz thanks to LTPO 2.0 technology. Expect the handset to sport a new SoC, a new design, a maxed-out variant with 512GB internal storage, and new colours not found on previous 12 series devices.