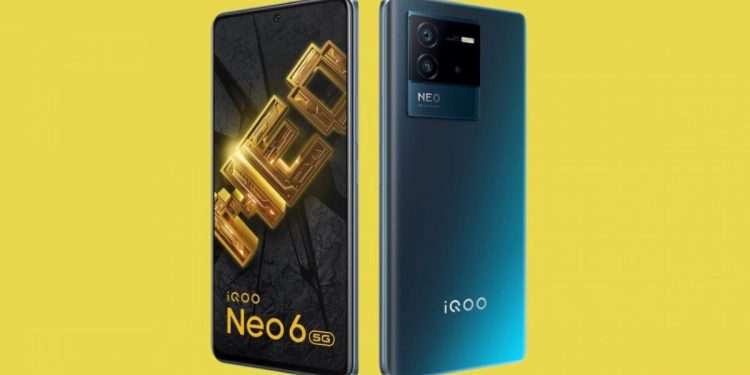 iQOO is reportedly preparing to launch a new smartphone—the iQOO Neo 7. The smartphone is expected to arrive in October in China. In the past, there have been several rumours surrounding the launch of the upcoming iQOO smartphone. A recent report suggests that the iQOO Neo 7 will carry a 120W fast charging support. As per the latest update, the smartphone has been spotted on the 3C certification website, revealing a few key specifications of the device. Let us take a look at the details.

As seen in the image above, the Vivo V2231A has been listed on the 3C certification website. It is being speculated that the listing pertains to the upcoming iQOO Neo 7. The database reveals that the alleged iQOO Neo 7 will be launched as a 5G device. The listing further suggests that the smartphone will arrive with up to 120W fast charging speed.

Based on previous leaks, the iQOO Neo 7 will feature a 6.78-inch AMOLED E5 display with a Full HD+ resolution, a 120Hz refresh rate, and an under-display fingerprint scanner. Powering the upcoming iQOO device will reportedly be a Dimensity 9000 processor. The smartphone could be launched in three configurations—8GB RAM + 128GB, 8GB RAM + 256GB, and 12GB RAM + 256GB. In terms of software, the possible iQOO Neo 7 is expected to boot Android 12-based OriginOS and iQOO UI out of the box.

For photography, the device might offer a 50MP main camera with OIS support, a 13MP ultrawide angle camera, and a 12MP telephoto lens. It is reported to feature a 16MP front camera. There have been reports suggesting that the smartphone will be powered by a 4,700mAh battery with 120W fast charging support. As for the colour options, the iQOO Neo 7 may come in Geometric Black, Impression Blue, and Pop Orange shades.

Are you excited about the upcoming iQOO Neo 7 smartphone? Do let us know in the comments section below.