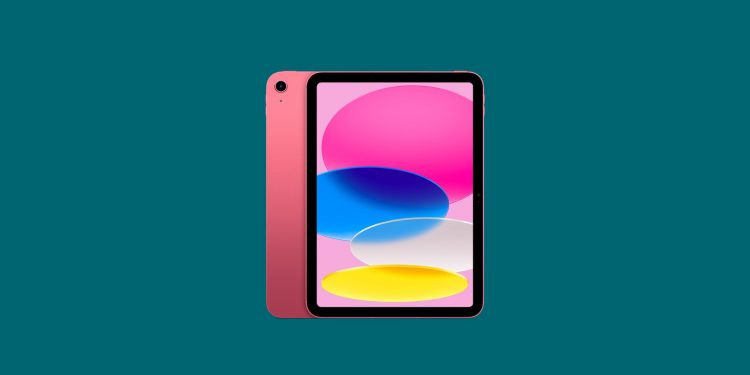 Apple, alongside the new iPad Pro models, unveiled the Apple iPad 10th Gen. The all-new iPad brings major improvements over its predecessor, the iPad 9th Gen. One of the biggest changes is the all-new full-screen design with symmetrical narrow bezels. As a result, Apple has also moved the fingerprint scanner to the top, similar to the iPad Air and iPad Mini.

The Apple iPad 10th Gen comes in two storage options—64GB and 256GB. It will be available for purchase starting October 28, 2022 via online and offline channels. Take a look at variant-wise pricing:

The all-new iPad features a 10.9-inch True Tone display with 2,360 × 1,640 pixel resolution, 264ppi pixel density, and 500 nits peak brightness. It is an IPS LCD display that comes with a fingerprint-resistant oleophobic coating. Under the hood, the iPad 10th Gen sports an A14 Bionic chip that brings with it a 6-core CPU and 4-core GPU. It boots iPadOS 16 out of the box.

The iPad 10th Gen offers a 12MP autofocus camera with an F1.8 aperture on the back. The rear camera is capable of recording 4K video at up to 60 frames per second. For video calls, it comes equipped with a 12MP ultra-wide camera that has a 122° field of view and an F2.4 aperture. The tablet features a quad-speaker setup and also has a dual microphone setup for calls.

The all-new iPad retails in four colour options—pink, yellow, blue, and silver. It measures 248.6 × 179.5 × 7mm. The iPad 10th Gen also includes Touch ID which is embedded into the power button. The WiFi variant of the iPad weighs about 477 grams. On the other hand, the cellular variant weighs 481 grams. Connectivity options of the iPad include 5G (optional), WiFi 6 802.11 ax, and Bluetooth 5.2.

Apple has also launched a Magic Keyboard Folio case for the iPad which connects to the iPad with the help of magnetic pins and is priced at ₹24,900. There is also a Smart Folio case which costs ₹8,500.

What do you think of the Apple iPad 10th Gen? Do let us know in the comments section.