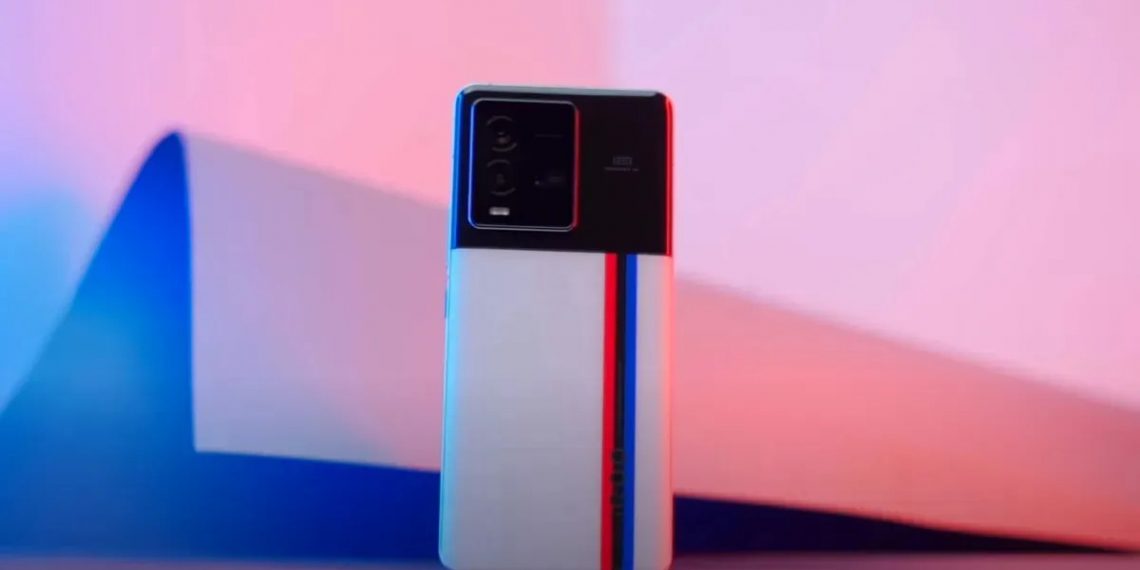 If you are looking forward to buying a new smartphone soon, we have compiled a list of the best smartphones launching in August 2022 in India. August 2022 is a really exciting month for the smartphone market as plenty of devices are launching during the month. There is a lot in store for you, including smartphones from ASUS, Google, OnePlus, Samsung, Vivo, and other brands.

Note: While most of the smartphones on the list will launch in India in August 2022, the future is always unpredictable, and smartphone brands could change their launch plans for various reasons. Therefore, we would suggest our readers take this list with a slight grain of salt.

The ASUS Zenfone 9 will launch in the global market on July 28, but we can expect the device to launch in India sometime during August 2022, albeit with a slightly different name. The device will likely launch in India as the ASUS 9Z if the company’s past launches are anything to go by.

The device has a flat panel with a left-aligned punch-hole cutout for the selfie camera. The ASUS 9Z has a boxy form factor with a compact design and flat sides. It is powered by the Qualcomm Snapdragon 8+ Gen 1 processor and flaunts a 5.9-inch OLED display with a 120Hz refresh rate. Despite having an AMOLED panel, the ASUS 9Z has a side-mounted fingerprint scanner, which doubles up as a smart key for navigating through the UI.

Lastly, the ASUS 9Z could feature a 50MP main camera with gimbal stabilization and a 12MP ultrawide camera with autofocus. On the front, it has a 12MP camera with dual-pixel autofocus. All the cameras on the phone can record up to 4K 60fps videos, while the rear primary camera can record up to 8K 24fps. The phone runs Android 12 and comes with a promise of at least two Android OS updates.

Other features of the phone include GPS, 5G, Wi-Fi 6, Bluetooth 5.2, NFC, USB Type-C port, IP68 rating for dust and water resistance, and stereo speakers. The ASUS 9Z is powered by a 4,300mAh battery that supports up to 30W fast charging via the USB PD 3.0 standard.

Google recently launched the Google Pixel 6a in India, but the device will go on its first sale on July 28, thereby meaning that you would somehow be able to get your hands on the device in August 2022 in India.

The Google Pixel 6a is a compact smartphone with a 6.1-inch OLED display with Full HD+ resolution and HDR compatibility. The device comes powered by the company’s in-house Tensor processor, up to 6GB LPDDR5 RAM, and 128GB UFS 3.1 storage. Coming to the software, the Google Pixel 6a runs Android 12 OS out of the box and will get three years of OS updates.

In terms of cameras, the device has a 12.2MP main camera with OIS and a 12MP ultrawide camera. Both rear cameras can record 4K 60fps videos. On the front, the Google Pixel 6a features an 8MP selfie snapper with Full HD video recording.

The device sports a 4,410mAh battery with 18W fast charging support. Other features of the phone include 5G, GPS, dual-SIM card slot, Wi-Fi 6, Bluetooth 5.2, NFC, USB Type-C port, and stereo speakers. Pixel fans won’t have to wait for much longer, as the Google Pixel 6a has finally been launched officially in India.

The iQOO 9T will be one of the first smartphones to come with a Snapdragon 8+ Gen 1 processor in India. The launch of the device is tipped to happen sometime in the last week of July 2022, but its first sale will most likely be in August 2022. If you want to buy a performance-oriented smartphone, this could be a good choice for you.

The iQOO 9T is said to feature a 6.78-inch FHD+ E5 AMOLED panel with a 120Hz refresh rate. The device will likely sport a 50MP+13MP+12MP triple-rear camera setup and a 16MP selfie shooter. It can record 4K 30fps videos using its rear cameras and up to 1080p 30fps videos using the front-facing camera.

In terms of battery, the iQOO 9T is powered by a 4,700mAh battery with support for a whopping 120W fast charging over a USB Type-C port. We can expect the iQOO 9T to boot Android 12-based FunTouchOS 12 skin in India.

OnePlus fans are in for a treat, as the brand’s first-ever Snapdragon 8+ Gen 1 powered smartphone, the OnePlus 10T 5G, will launch on August 3 in India. The device will reportedly launch in Sandstone Black and Jade Green colour options in the country.

The OnePlus 10T 5G is tipped to sport a large 6.7-inch FHD+ LTPO 2.0 AMOLED panel with a 120Hz refresh rate. The device will be the brand’s first to come with a whopping 16GB RAM support, so for those who need to multitask a lot on their smartphone, this could turn out to be an impressive feat.

If you are confused with the name of the device mismatching with the photo above, it’s certainly not your fault and is most certainly not our fault either. The upcoming POCO M5s smartphone will be a rechristened Redmi Note 10S, and will reportedly launch in India in August 2022.

POCO smartphones come with significantly lesser advertisements when compared with their Xiaomi/Redmi counterparts, and if you are one of those who prefer the POCO launcher more, the POCO M5s is coming soon to India for you.

The POCO M5s will likely sport a 6.43-inch AMOLED display with a standard 60Hz refresh rate. The device will come powered by a MediaTek Helio G95 processor, which will likely be paired with up to 8GB RAM and up to 128GB internal storage.

In terms of cameras, the POCO M5s is said to come with a 64MP main camera, an 8MP ultrawide camera, a 2MP depth camera, and a 13MP front camera. Lastly, the POCO M5s will reportedly feature a 5,000mAh battery with 33W fast charging support.

If you are planning on buying a Realme smartphone in August, you need not worry, as Realme will reportedly launch the Realme GT Neo 3T in India next month. The device has already been launched in the global market, for those uninitiated.

The Realme GT Neo 3T sports a 6.62-inch FHD+ 120Hz refresh rate E4 AMOLED display with HDR10+ certification, 100% DCI-P3 wide colour gamut, and up to 1,300 nits brightness. Under the hood, the Realme GT Neo 3T comes powered by a Snapdragon 870 processor, which is paired with 8GB RAM and 256GB storage. In terms of software, the device boots Android 12-based Realme UI 3.0 skin out of the box.

The Samsung Galaxy Z Fold 4 is going to launch on August 10, 2022, alongside the Samsung Galaxy Z Flip 4. The device will, of course, be the most premium foldable offering by Samsung to date, and will be powered by the latest Snapdragon 8+ Gen 1 processor.

The Vivo V25 is reportedly going to launch in India in August 2022, alongside the Vivo V25 Pro. The device is said to come with a 6.62-inch Full HD+ 90Hz refresh rate AMOLED display.

Under the hood, the Vivo V25 could come equipped with either a Snapdragon 778G processor or a MediaTek Dimensity 1200 chipset. The device could likely sport a 4,500mAh battery with 66W fast charging support. In terms of cameras, the Vivo V25 is said to feature a 50MP main camera and a 16MP selfie shooter.

As for the software, the Vivo V25 will boot Android 12-based FunTouchOS 12 skin out of the box. If you are interested in buying a Vivo smartphone, the Vivo V25 is likely going to be available in India next month.

Alongside the vanilla Vivo V25, Vivo is also expected to unveil the Vivo V25 Pro in India in August 2022. The device will reportedly feature a 6.56-inch Full HD+ 120Hz refresh rate AMOLED panel. Powering the device will likely be a MediaTek Dimensity 8100 processor, which will be paired with up to 12GB RAM and up to 256GB storage.

In terms of cameras, we can expect the Vivo V25 Pro to pack in a 50MP + 12MP + 2MP triple rear camera setup and a 32MP selfie shooter. Coming to the software, the Vivo V25 Pro will reportedly boot Android 12-based FunTouchOS 12 skin out of the box. Lastly, the device is said to feature a 4,500mAh battery with 80W fast charging support.

The Xiaomi 12 Lite features a 6.55-inch Full HD+ AMOLED screen with a 120Hz refresh rate. The device comes powered by a Snapdragon 778G processor, which is paired with up to 8GB RAM and up to 256GB storage. In terms of software, the Xiaomi 12 Lite boots Android 12-based MIUI 13 skin out of the box.

As for the cameras, the device has a 108MP+8MP+2MP triple rear camera setup and a 32MP front camera. Lastly, the Xiaomi 12 Lite features a 4,300mAh battery with 67W fast charging support.

This is the list of all the best upcoming smartphones launching in India in August 2022. Which one are you the most interested in? Let us know in the comments section below.