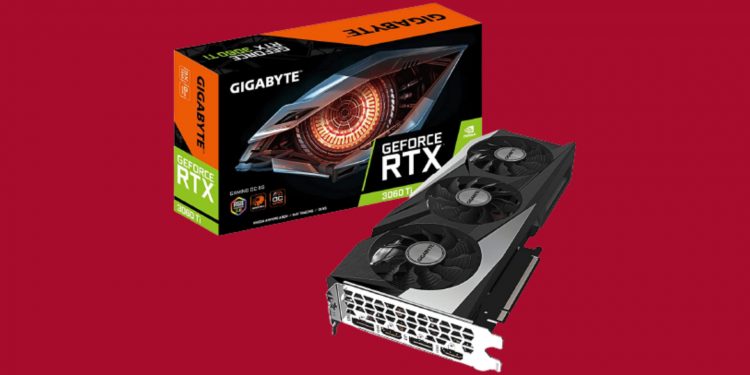 Nvidia has officially extended support for the new GeForce RTX 3060 Ti GDDR6X and RTX 3060 8GB GPUs. The company recently published a new game ready driver that includes support for the new RTX 3060 models. The two cards started rolling out from Nvidia’s key board manufacturers. That said, the RTX 3070 Ti with GA102 GPU found no mention in the official announcement.

The new Nvidia GeForce RTX 3060 now comes with an 8GB variant with 128-bit memory bus with the same clock speeds and TDP ratings as before. However, the card’s bandwidth has been restricted by a full 120Gbps to 240Gbps, which will likely have an impact in high definition gaming. The new RTX 3060 8GB card features an Nvidia GA106 GPU and 3854 CUDA cores.

The Nvidia RTX 3060 Ti now comes with GDDR6X memory, adding a faster clock and increased performance. The new RAM in the GPU spikes the bandwidth up to 608Gbps, effectively taking the opposite route as the RTX 3060 8GB. The 3060 Ti features the Nvidia GA104 GPU with the same configuration as before. The card comes with 4864 CUDA cores with 8GB GDDR6X memory with a 256-bit bus.

“To give more choices to gamers and creators, we’re introducing a couple of additional options from our network of graphics card partners worldwide, starting in November. First is a faster GeForce RTX 3060 Ti with GDDR6X memory, in addition to the original version with GDDR6 memory. Second is a GeForce RTX 3060 with 8GB of GDDR6 memory. Both new options are supported starting with today’s Game Ready Driver,” Nvidia said in a blog post.

The latest game ready driver from Nvidia brings support for a host of new games including FIFA 23, Call of Duty: Modern Warfare 2, F1 22, NBA 2K23, Overwatch 2 and more. These games can now be tuned with one-click optimal settings.

The Nvidia RTX 3060 Ti with 8GB GDDR6X and RTX 3060 8GB are available from multiple board manufacturers including Colorful, Galax, Asus, and more.