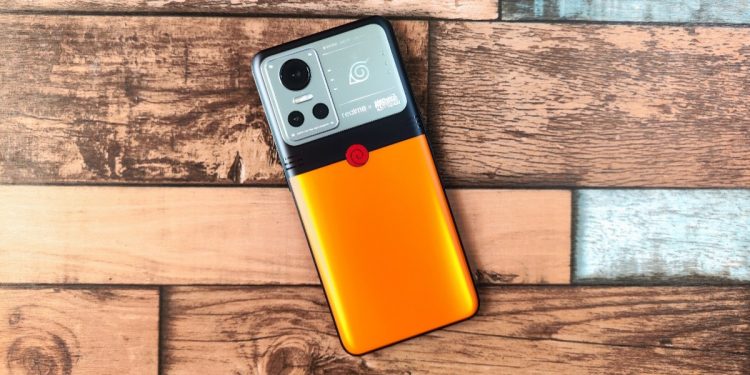 Most smartphone manufacturers have largely stopped creating collaboration-specific models, which was a prevalent practice a few years ago. Nearly every significant smartphone manufacturer, from OPPO to OnePlus, has experimented with this idea. Realme is the company that is reviving this theme. After releasing a Dragonball Z-themed version of the Realme GT Neo 2 earlier this year, the company has now launched the Realme GT Neo 3 Naruto Edition.

The fundamentals are unchanged. A fresh rear paint job, a customised UI and incredibly interesting packaging are what make the Realme GT Neo 3 Naruto Edition special. The phone’s internal components, including the 150W insane fast charging, are identical to those of the standard GT Neo 3. We had a chance to spend some time with the Realme GT Neo 3 Naruto Edition and here are our first impressions.

Realme GT Neo 3 Naruto Edition: A Look Inside The Scroll

You’ll notice right away how this partnership differs from other limited edition products, such as Apple’s ‘Product Red’ iPhones or Samsung’s Olympic Edition Galaxy S phones. Realme has undoubtedly worked harder to make the unboxing experience as pleasant as possible. Anime fans will appreciate that the phone and its accessories are packaged in an enormous scroll that you can see above.

The burgundy flap on this container is composed of faux leather, with the majority of the material being plastic and rubber. The Realme and Naruto logos are nicely engraved on the scroll, which improves the aesthetic appeal. You might assume that unrolling this scroll—which has buckles—would be the only way to get at the phone. That is not the case, though. The scroll is only decorative.

Since the core of the scroll is hollow, the phone is placed inside it. The phone box is accessible by pulling open a drawer on one end of the core. The quick start guide, a Naruto-themed SIM ejector tool, a transparent silicon case, a 150W charging brick, and a USB-C cable are included in the box.

The phone, in all its splendour, is located next to the accessories. The silicon case is a standard model with no unique features other than a smokey feel, but the charging brick and charging cable connector are painted orange to match the rear of the phone.

When it comes to the phone, the Realme GT Neo 3’s back is where the beauty of this Naruto partnership has been concentrated. The phone has a “metallic” camera module that has the bolts and etchings done but that are all located behind the glass, so the rear of the phone lacks any overlapping texture. The three horizontal lines right beneath the camera module on either side of the phone’s back and the red logo in the middle are the only textured areas that can be felt by touching.

The phone’s setup UI is identical to that of the standard Realme GT Neo 3. A China-only assistant was one of the extra features the phone had during setup because the handset we received came with the China ROM. On the home screen, you can see that Realme has created a themed UI, featuring Naruto wallpapers and icons. Some people may like manga-inspired icons, but we felt that they oversaturated the home screen.

The rest of the software is basically your standard Android 12-based Realme UI 3.0 that most of you are familiar with. Additional elements just include themed icons and the three Naruto wallpapers. When you open the settings app, you see a recognisable user interface and palette. The camera and all other system apps share the same limitations.

No Google apps were pre-installed on the phone, as we previously indicated that it had a China ROM, but they can be easily installed through Realme’s app store or another reliable third-party source.

There aren’t many differences between this phone and the Realme GT Neo 3’s standard edition. The triple-camera setup featuring the tried-and-tested 50MP Sony IMX766 sensor with OIS, the stunning 120Hz AMOLED screen, incredibly fast 150W fast charging, and everything else are identical to the regular model.

The Realme GT Neo 3 Naruto Edition, a phone that should appeal to Naruto fans of Naruto or collectors, is priced at CNY 2,799 (around ₹32,999) in China. No information has been released regarding the possibility of this limited edition leaving China for Global markets.