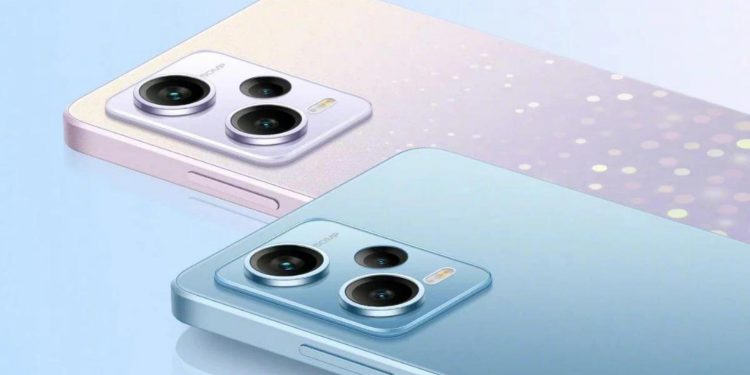 The smartphone manufacturer will likely launch at least three phones: the Redmi Note 12, Note 12 Pro, and Note 12 Pro+. The upcoming smartphone lineup from Redmi will be powered by the MediaTek Dimensity 1080 SoC. Let’s have a look at the Redmi Note 12 series specifications, features, launch date, and everything we know so far.

Xiaomi will introduce the Redmi Note 12 series on Thursday, October 27 at 7 PM Beijing time (11 AM UTC) in China. Apart from announcing the launch date, the company also divulged several Redmi Note 12 Pro series specifications through a number of Weibo posts.

Redmi’s upcoming Note 12 series will be outfitted with the 6nm MediaTek Dimensity 1080 SoC, which peaks at a 2.6Ghz clock rate. The company has also confirmed that the Note 12 “Pro” line-up, which is likely to include two phones, will have a 50-megapixel Sony IMX766 sensor on its triple rear camera array. The IMX766 has optical image stabilisation (OIS) and a 1/1.56″ sensor size that permits it to capture a huge amount of light. This sensor is also featured in the Realme 9 Pro+ and the OnePlus Nord 2.

The specifications of the smartphone’s other two sensors are unclear, although they are expected to be an ultra-wide and a macro lens. The rear of the smartphone will be constructed of AG Fluorite, and the lineup will come in at least two colours: blue and pink.

The Redmi Note 12 Pro+, which will be announced on the same day, is confirmed to have the recently released Samsung HPX 200MP sensor with a 1/1.4″ sensor size. The ISOCELL HPX has 8K video recording at 30 frames per second and Tetra 2 Pixel binning technology, which enables 12.5MP and 50MP resolution settings for varied lighting circumstances.