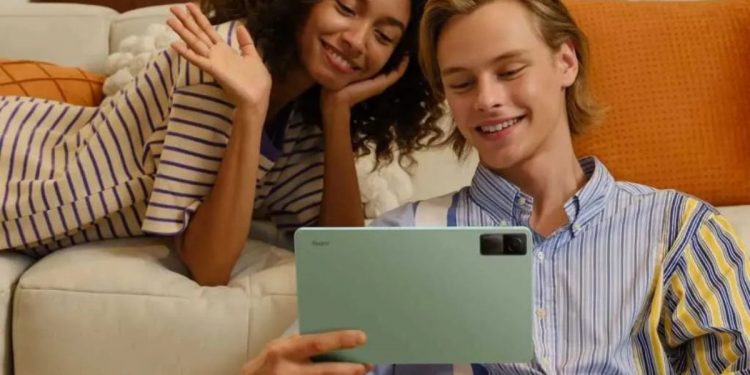 Redmi is reported to be working on introducing its first-ever tablet, dubbed the Redmi Pad, in the market soon. There have been a series of leaks surrounding the launch of the upcoming Redmi tablet. The device was also listed on the CMIIT certification website a couple of months ago. As per the latest update, a promo image of the Redmi Pad was spotted on Xiaomi’s Kuwait Instagram page. The post revealed the moniker as well as the rear design of the tablet. Let us take a closer look at the upcoming Redmi Pad, its specifications, and everything we know so far.

The Instagram promo image of the Redmi Pad showcases a greenish-looking variant of the device. The leaked image also reveals a rectangular camera module on the rear. Taking a closer view, we can notice the Redmi branding engraved on the lower left of the tablet. The caption of the Instagram post also confirmed the moniker of the device as the “Redmi Pad”. However, the post was later taken down from the social media platform.

Based on previous reports, the Redmi Pad will be powered by a MediaTek MT8781 processor, which could be paired with 3GB/4GB of RAM and 64GB of internal storage. The tablet is said to sport an 11.2-inch LED screen that offers a 2K (2,000 x 1,200 pixel) resolution. The Redmi Pad is expected to come equipped with a 7,800mAh battery with 22.5W rapid charging support.

In terms of software, the upcoming Redmi tablet will most likely run Android12-based MIUI Pad 13 out of the box. It might arrive in both Wi-Fi and cellular variants. Other primary features of the tablet might include Quad Speakers and an 8MP rear camera. Speaking of the colour variants, the Redmi Pad will reportedly arrive in Graphite Grey, Mint Green, and Moonlight Silver shades.

As for the launch, the Redmi Pad is expected to launch in October this year. The Instagram post also revealed that the tablet will retail for 71.9 Kuwaiti dinars, which roughly translates to ₹18,546 in India.