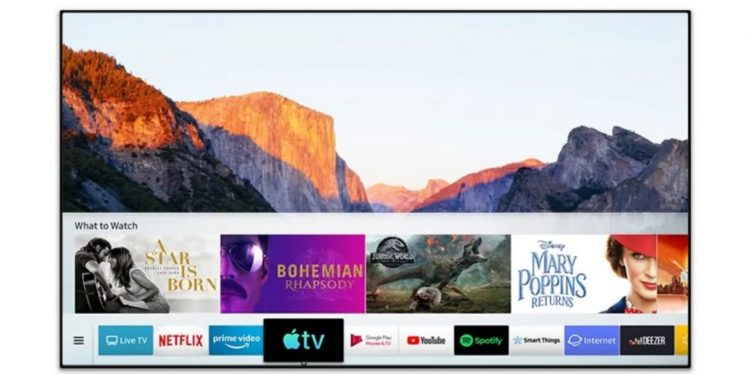 Samsung had made a surprise announcement at the SDC 21, the company’s annual developer conference, about opening up its Tizen smart TV platform for other manufacturers to use through licensing deals. The announcement bore fruit a year later as the Korean tech giant announced signing of a licensing agreement with three other smart TV makers interested in leveraging the Tizen OS for their smart TVs.

According to SamMobile, the three smart TV manufacturers who have licensed Samsung’s Tizen OS are Akai, Bauhn, and Linsar. The companies will be rolling out their Tizen OS powered smart TVs in Australia, New Zealand, France, Italy, Spain, and the United Kingdom.

Akai will be selling the Tizen OS smart  TV through Harvey Norman, while Linsar will sell its Tizen powered TV through The Good Guys. Bauhn, on the other hand, will release its first Tizen OS smart TV in Aldi stores across multiple countries. Bauhn has confirmed a 65-inch model priced at $454 (roughly ₹38,000).

Samsung has had exclusive access to the Tizen OS smart TV platform ever since it was launched in 2015. Tizen OS had gone through multiple revamps from first being a mobile operating system to powering the company’s smartwatches and IoT devices and its smart TVs. The intelligent operating system, that once tried to compete with Android, has clearly been one of the key features of Samsung smart TVs. Now, the company is exporting the magic for other vendors to use.

This is one of many examples of Samsung’s mighty conglomerate of divisions helping potential rivals with cutting-edge features. The company has a finger in almost every inch of the pie in electronics manufacturing. The Tizen division, through licensing deals, will see a good revenue opportunity through royalties from the collaborations. It’s unlikely to make a dent in Samsung’s smart TV domination, though. The Tizen OS on Samsung TVs are backed by some of the best hardware for TVs and a reliable retail network across the globe.