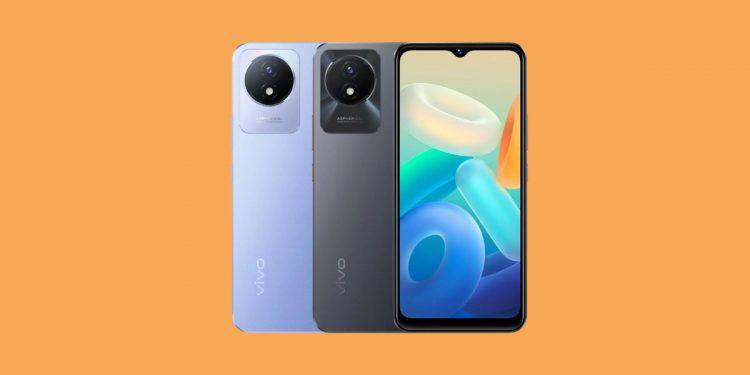 Vivo has unveiled a new entry-level smartphone, dubbed the Vivo Y02, in Indonesia. The new Vivo smartphone comes as a successor to the Vivo Y01, which was launched earlier this year. In terms of specifications the Vivo Y02 features an IPS LCD panel, an 8MP main camera, and a 5,000mAh battery. Let us take a closer look at the pricing, specifications, and features of the newly launched Vivo Y02 smartphone.

In Indonesia, the Vivo Y02 is priced at IDR 1,499,000, which roughly translates to ₹7,780 in India. The smartphone comes in two colour variants: Orchid Blue and Cosmic Grey. Vivo might launch the device in other Asian markets including India in the next few days.

As mentioned earlier, the Vivo Y02 features a 6.51-inch IPS LCD panel with a waterdrop notch and an HD+ resolution of 720×1,600 pixels. The device has an aspect ratio of 20:9. The new Vivo smartphone is reportedly powered by the MediaTek Helio P22 processor, which was launched back in 2018. However, the official listing only hints at an octa-core processor. On the software front, the Vivo Y02 runs on Android 12 Go Edition out of the box.

In terms of imaging, the smartphone offers an 8MP main camera accompanied by an LED flash. For selfies and video calls, the device has a 5MP front camera. The processor is paired with up to 2GB of RAM and 32GB of internal storage. The internal storage on the device is further expandable via a microSD card. When it comes to the battery, the latest offering from Vivo is backed by a 5,000mAh unit with support for 10W fast charging via microUSB 2.0.

What are your thoughts on the newly launched Vivo Y02 smartphone? Do let us know in the comments section below.