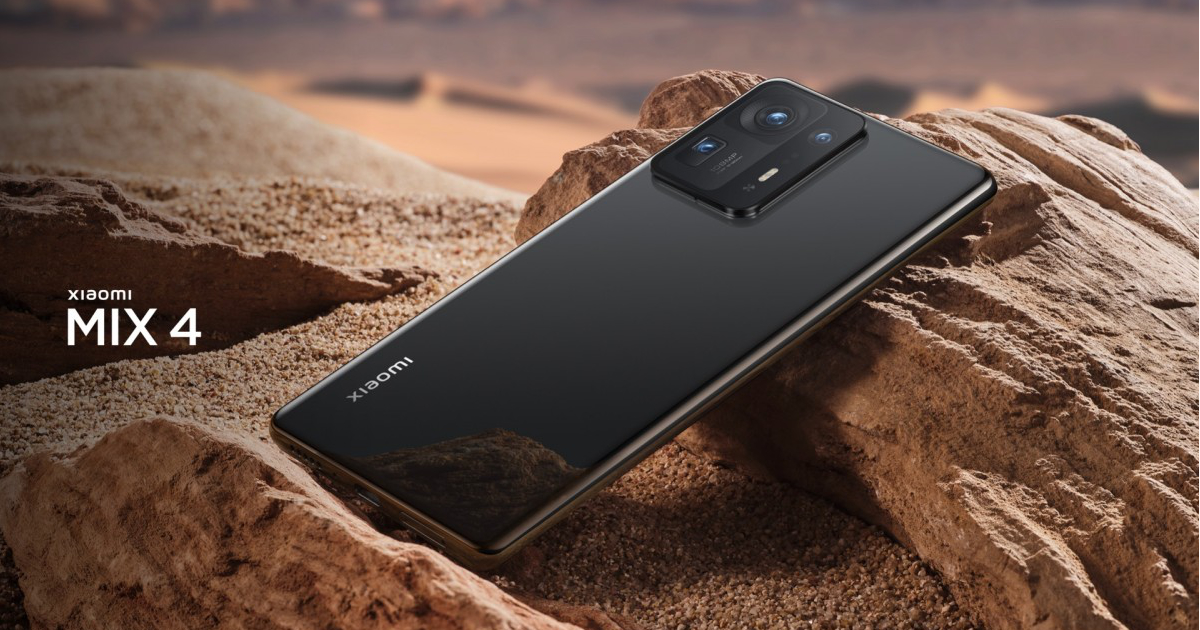 The Mi MIX series smartphones from Xiaomi are all about design and aesthetics. From the first-generation Mi MIX to the most recent device in the line-up, the Mi MIX 3, all the phones in the Mi MIX series have created quite a stir in the market by offering displays with extremely thin bezels that are free from any kind of notch or a punch-hole. However, Xiaomi seemed to have forgotten about the Mi MIX line-up as the brand had not refreshed it for the past three years. Fortunately, that isn’t actually the case. Xiaomi is back with an all-new Mi MIX series smartphone: Mi MIX 4.

Staying true to the Mi MIX DNA, the Mi MIX 4 offers a display that is free from any kind of notch of a punch-hole while also offering extremely thin bezels around the screen. The brand, however, has ditched the sliding frame mechanism that it had used for Mi MIX 3. Instead, the company has decided to go with the next big thing in the smartphone industry, an under-display camera. Yes, that’s right. The Mi MIX 4 has its selfie camera tucked neatly under the screen, making it one of the first smartphones in the world to implement this feature.

Although the Mi MIX 4 is the first smartphone from the brand with an in-display camera, Xiaomi says that this is the company’s third-generation take on the technology. To recall, the first-generation devices with an under-display camera like the ZTE Axon 20 had a haze effect on the screen across the portion under which the selfie camera resides. Xiaomi says that the Mix MIX 4 doesn’t suffer with that issue. According to the brand, the portion of the Mi MIX 4’s screen that has the camera under it features the same resolution as the rest of the display.

With all said and done, let us have a look at the Mi MIX 4 specifications, prices, and availability details.

The Xiaomi Mi MIX 4 price starts at CNY 4,999 (approximately ₹57,410) for 8GB RAM + 128GB storage variant and goes up to CNY 6,299 (approximately ₹72,390) for the 12GB RAM + 512GB storage variant. That’s cheap for a flagship-grade smartphone that also has an under-display camera. Anyway, the phone will go on sale in China on August 16. The brand has not revealed anything about the availability of the device in markets outside China, though. That information could be announced once the Mi MIX 4 goes on sale in China.

The Xiaomi Mi MIX 4 has a 6.67-inch AMOLED display with a Full HD+ resolution and a 120Hz refresh rate. As mentioned earlier, the phone has its front-facing camera tucked under the display. Speaking of things tucked under the screen, the Mi MIX 4 also has an in-display fingerprint scanner. The display is protected by Corning Gorilla Glass Victus.

The Mix MIX 4 has three cameras at the rear: a 108MP main camera with OIS, a 13MP ultrawide camera, and a an 8MP telephoto camera with 5x optical zoom and OIS. The front-facing camera, which resides under the display, has a 20MP resolution. It has 1.6µm pixel size and it offers 4-in-1 pixel binning. While the selfie camera can record 1080p videos at 30 frames per second, the primary camera at the rear can record 8K videos at up to 24fps. There is also an option to record 4K/60fps videos.

The Mi MIX 4 has a 4,500mAh battery with support for a whopping, 120W wired charging speed. There is also wireless charging on board with a speed of 50W. In terms of connectivity, you get support for two SIM cards, 5G, dual-band Wi-Fi 6E, Bluetooth v5.2, GPS, Ultra Wideband (UWB), and a USB Type-C port. The Mi MIX 4 has stereo speakers, which, according to the brand, have been tuned by Harman Kardon. The phone also has IP53 rating for water and dust resistance.

5 Things To Do When You Buy a New Smartphone