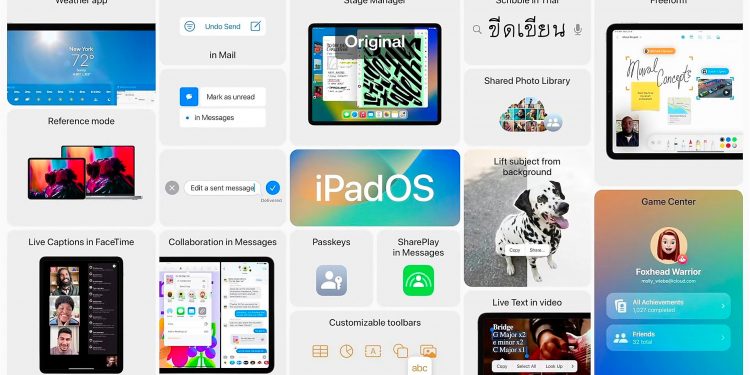 Apple has finally released the first iPadOS 16.2 beta update to the developers. The first beta of iPadOS 16.2 comes with a couple of notable changes. Apple has included the Freeform collaboration app, which was first announced at the WWDC 2022 in June, to the iPadOS 16.2 devices. Furthermore, Stage Manager is now supported with external displays as well. Let’s take a look at the iPadOS 16.2 beta 1 update and find out what it has in store for us.

The new iPadOS 16.2 beta 1 update is now available to developers, but the public beta is also supposedly going to be released sometime in the coming weeks. As for the update, the update comes with the addition of Freeform to the mix. Freeform is available in the latest iPadOS 16.2 beta, as well as macOS Ventura 13.1

With the latest update, Apple has reintroduced the support for external displays with Stage Manager. Apple had removed the feature before starting the iPadOS 16.1 rollout to the public, but the feature has made a comeback. However, Apple cautions the users about the usability, as while using Stage Manager with an external display, dragging a second window to the workspace incorrectly hides the Recent Apps list, shifting all windows in the workspace to the right.

Speaking of bugs, Apple has also warned the developers of some bugs in the first version of Freeform. For now, users won’t be able to delete boards while offline, or if iCloud data is disabled for Freeform. Plus, adding or removing collaborators can fail while attempting to change share settings.

What are your thoughts on the iPadOS 16.2 beta 1? Let us know in the comments section below.