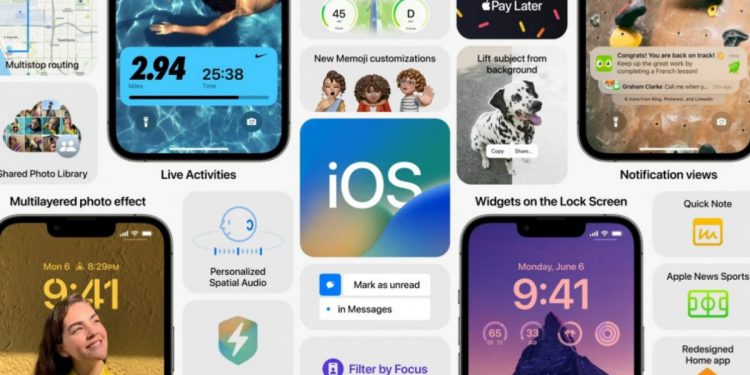 Just yesterday, Apple announced the entry-level iPad model with an A14 chipset and the iPad Pro with M2 SoC. Alongside these two new iPads, the company also revealed the new Apple TV 4K with an A15 Bionic chipset. After launching these new products, the company also revealed the launch date of iOS 16.1, iPadOS 16.1, and macOS Ventura 13.0. As per the details shared by Apple, the iPadOS 16.1, iOS 16.1, and macOS Ventura 13.0 will debut on October 24, 2022.

The update will be available in the form of an OTA for compatible devices. We can expect the new software update to be released by Apple starting 13:00 ET on the coming Monday, October 24. To download the update once it is released, users will have to head over to the Settings app on their iPhone/iPad. After that, head over to the General section and tap on Software update. Once the update appears you can click on Download and Install.

If you are using a MacBook, you can head to System settings to install the new macOS Ventura 13.0 software update. As far as the changes go, iOS 16.1 will include features such as Live activities, Matter support, iCloud shared photo library, Clean energy charging, and a tweaked battery percentage icon. On the other hand, the iPadOS 16.1 will include the Stage Manager, iCloud shared photo library, and much more. The Stage Manager feature on the iPad will let you use different apps in a single view.

The iPadOS 16.1 update should be available for all the iPad Pro models, the iPad Air 3rd generation and later, the iPad 5 and later, and the iPad mini 5 and newer.

Are you excited to try out the upcoming iPadOS 16.1, iOS 16.1, and macOS Ventura 13.0 software versions? Do let us know in the comments section down below.