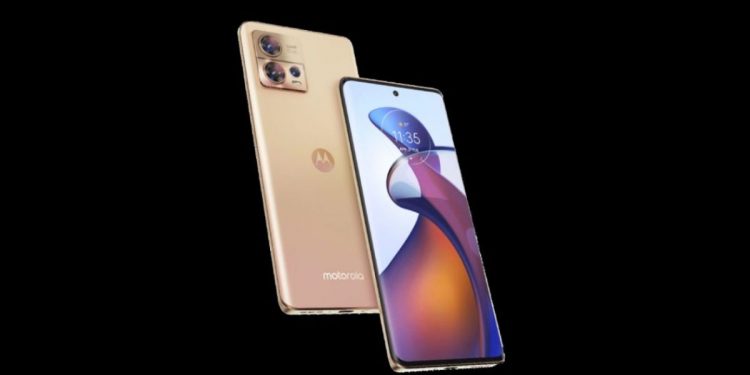 Motorola is gearing up to launch a new X-series flagship smartphone, dubbed the Moto X40, in China soon. The Moto X40 is said to feature the upcoming Snapdragon 8 Gen 2 processor. The smartphone recently made an appearance on the 3C certification website. The latest report suggests that the upcoming Motorola smartphone has also been certified by TENAA. Hence, we can expect the Moto X40 to arrive by the end of this year. Furthermore, the certification authority has also revealed a couple of images that unveils the design of the Moto X40. Let us take a look.

As seen in the images above, the Moto X40 is expected to feature an OLED punch-hole screen with curved edges. The display will reportedly offer a Full HD+ resolution with a 165Hz refresh rate. The screen might also feature a fingerprint sensor. We can also see the volume buttons and a power button on the right edge of the device.

Based on the TENAA images, the Moto X40 will come with a square-shaped camera module with three cameras including a 50MP main camera, a 12MP telephoto camera, and a 50MP camera that will be capable of capturing ultra-wide as well as macro shots. The smartphone is also expected to come with a 60MP front camera for selfies. Going by the leaked images, the upcoming Moto X40 might sport a leather finish on the back.

As for the other specifications, the Moto X40 will come powered by a Snapdragon 8 Gen 2 processor, which could be paired with up to 12GB of RAM. The smartphone is expected to arrive with 68W fast charging support. In terms of software, the upcoming Motorola flagship is reported to boot Android 13 out of the box. There is no information on the pricing of the device yet.

What are your expectations from the upcoming Moto X40 smartphone? Do let us know in the comments section below.