Realme C33 Price In India Leaked, Here’s How Much The Phone Could Cost 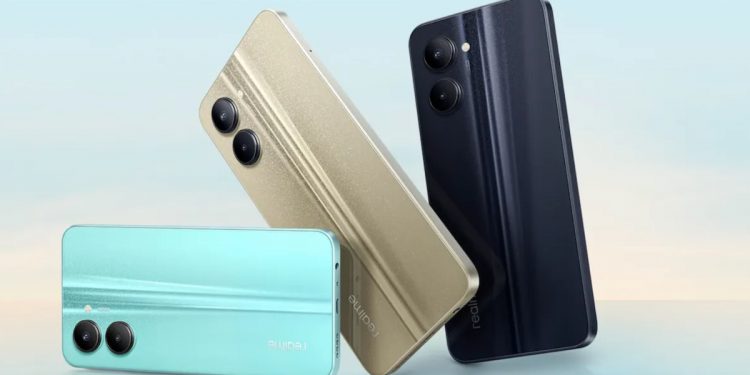 Realme is all set to launch its latest C-series smartphone, the Realme C33 in India on September 6, 2022. This new offering from Realme is set to arrive as a successor to the Realme C31 which was released last year in March. The design of the upcoming Realme C33 has already been confirmed through a teaser released by Realme. While we wait for the launch of the device, its pricing and specifications have been leaked courtesy of a Flipkart listing.

The listing was first spotted by the folks at 91Mobiles. However, the e-commerce portal has now taken down the listing of the device. Apart from the pricing details, the preliminary listing also reveals the RAM/storage variants, chipset, display size, and more details about the device ahead of tomorrow’s launch.

Realme C33 Price In India Leaked Ahead Of Tomorrow’s Launch

According to the leak, the Realme C33 price in India will be ₹11,999 for the 4GB RAM + 64GB storage model. The base model which will ship with 3GB of RAM and 32GB storage will, no doubt, cost less than ₹11,999. We can expect the 3GB RAM model to be priced at ₹10,999. The phone will be available for purchase in India in gold and black colour options and Aqua Blue colour option. The listing also reveals that customers can avail a five percent cashback with a Flipkart Axis Bank card.

Alongside the pricing, we can also see some of the specifications of the Realme C33 on the Flipkart listing. As per the leaked details, the device will sport a 6.5-inch display with an HD+ resolution. We can expect the phone to make use of an IPS LCD panel. Furthermore, the device will be powered by an octa-core Unisoc T612 chipset.

The smartphone will pack 3GB/4GB of RAM and 32GB/64GB of internal storage. It will also have microSD card support for storage expansion up to 1TB. The smartphone will have a fingerprint sensor which will be embedded underneath the power button. The phone will feature a 50MP primary camera and a 5MP selfie shooter. Keeping the lights on will be a 5,000mAh battery.

The detailed specifications and pricing of the Realme C33 will be available once the phone goes official tomorrow.