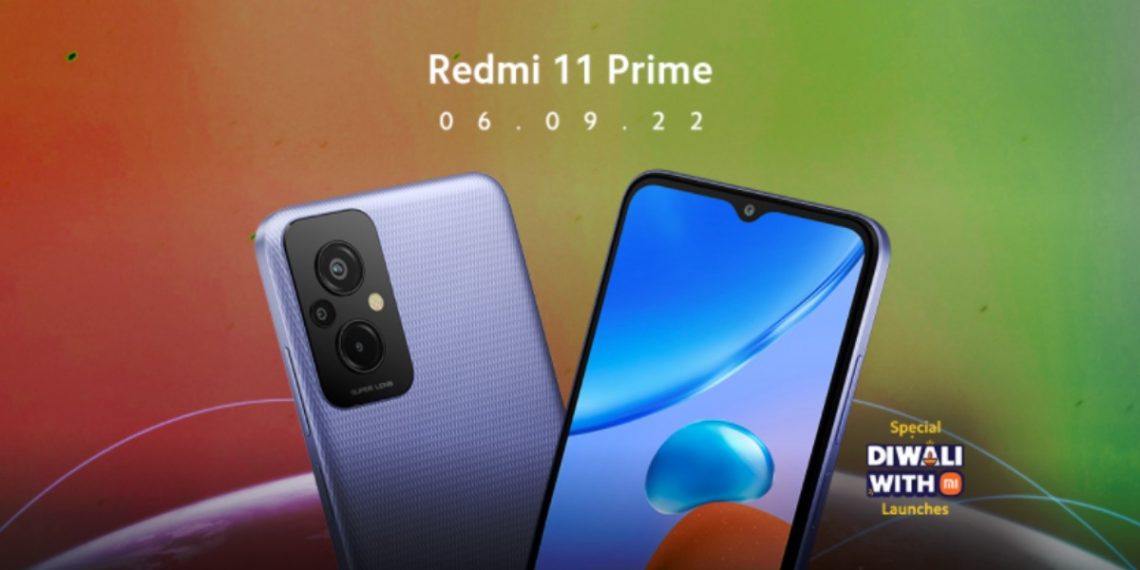 Xiaomi will be adding its affordable Redmi 11 Prime 5G smartphone next week. In a new development, the brand has confirmed that a 4G variant, named Redmi 11 Prime, will accompany the previously announced 5G variant. Xiaomi has shared a launch teaser of the Redmi 11 Prime 4G, revealing its design and key specifications. Let’s have a look at them below.

Going by the images, the Redmi 11 Prime 4G features similar design characteristics as the 5G model, such as the flat rear panel and flat sides. However, it gets a different camera island, which is black in colour and has a triple camera setup, as opposed to the dual camera setup on the Redmi 11 Prime 5G. At the front, it gets a waterdrop notch on the display, which makes it look like a device from 2018. The volume rockers and power buttons are placed to the right of the device.

The brand has confirmed that the Redmi 11 Prime 4G version will be powered by MediaTek’s latest mid-range chipset, the Helio G99. The chipset is a refreshed version of the popular Helio G96 chipset and is built on an efficient 6nm fabrication process, as against the 12nm process of the Helio G96. The Helio G99 processor debuted with the recently launched Infinix Note 12 Pro in India. Industry pundits believe that the Redmi 11 Prime 4G could be a rebranded Poco M5 smartphone, which is set to launch soon.

In terms of optics, the smartphone will come with a triple camera setup at the rear which includes a 50MP primary camera. Redmi hasn’t revealed the specifications of the other two sensors yet. But, expect them to be useless 2MP depth and macro sensors.

The Redmi 11 Prime 4G will be backed by a massive 5,000mAh battery under its hood. It is expected to come with fast charging support. The device will run on MIUI based on the Android 12 operating system out of the box. It will be available in black, green, and purple colourways.